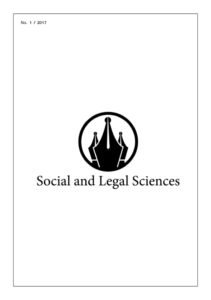 Summary/Abstract: It has passed the century since the revolutionary events of 1917, which radically changed thehistorical fate of the Russian Empire and the peoples that were part of it. Anniversaries are provides anopportunity both for fresh rethinking hundred-year-old events, and for summarizing the results of theresearches of the phenomenon revolution as a subject. The Decree of the President of Ukraine is ordered tohonor the traditions of the struggle for the independence and unity of Ukraine and the military victory of thedefenders of the native land, the creators of national statehood, the millennial history of the state formation ofour people, the recognition of the historical significance of events associated with the liberation struggle of thebeginning of the XX century and the establishment of Ukrainian statehood.The word "revolution" has integrated into Ukrainian reality with vigour, because Khmelnitchina is alreadyconsidered today by many domestic researchers mainly in the context of the revolutionary paradigm. There isthen the Ukrainian Revolution of 1917-1921, which we celebrate today. Then finally followed by a string ofrecent colored revolutions completing this revolutionary movement. There is a powerful populist taste,however, with the objective perception of this "revolutionary series". Populism is an instrument of politics, andit is simply impossible in State affairs without it, besides it falls on the fertile ground of mythological thinking.The modern era has demonstrated the inseparability of myth from society. The modern myth has begun to beperceived in a negative context as far-fetched, erroneous, conditional, fantastic, moreover, it has emerged as apolicy instrument. A political idea generates a political mythology which establishes the contact between thosewho govern and those governed. Turning into symbols, they create a symbolic space in politics, in which typesof decision-making can be realized, for which mythology becomes the most important element of this process.Modern historiography devoted to the phenomenon of revolution, is represented by dozens of contradictoryauthor's approaches, which differ from each other, first of all, its attitudinal dimension. Not only thefundamental indicators of the revolution are being debated: chronology and periodization, causes andpreconditions, character, driving forces, etc., the question of the very concept of revolution is in question. Thetheoretical views on the phenomenon of revolution with their division into methodological approaches, fromMarxist to synergetic, focusing on the search for objective truths, based on a solid source ground and adequatemethods of scientific cognition are analyzed in the article. However, the efforts of Ukrainian experts to studythe phenomenon of revolution cause many questions and criticism. Of particular concern in this sense is thepoint of view of the leading experts, whose position becomes almost official and is contained in textbooks,encyclopedias, and is being widely used. Obviously, the Soviet past has created a powerful myth about thephenomenon of revolution, made it as the value of top level it in the public consciousness. Even a largenumber of scholars are convinced that it is only way to reach new quality and radical social change. In fact,today there are scientific-research which refute the myth of the modernization significance of revolutions. It isnot revolutions, but radical reforms accelerate the development of the state in an unfriendly environment, whenthere is a need to defend the independence or to catch up with someone or even overtake.