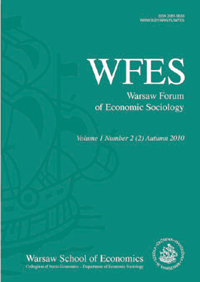 Summary/Abstract: The article follows the recent developments in the labour markets of Spain and Italy. The two countries in focus represent the 'Mediterranean model' of capitalism, in line with the Varieties of Capitalism (VoC) approach. The impact of the global economic recession has been severe in both countries, which is reflected in high and rising unemployment figures. In the two countries, profound institutional reforms were implemented under pressure of the European Union (EU) prior to the crisis, yet the process has also continued after the onset of the recession. Using the field of labour relations as the example, the author looks at the tensions emerging between the embedded forms of capitalism (national context) and the 'disembedded' forms of capitalism which are imposed from above (EU context).