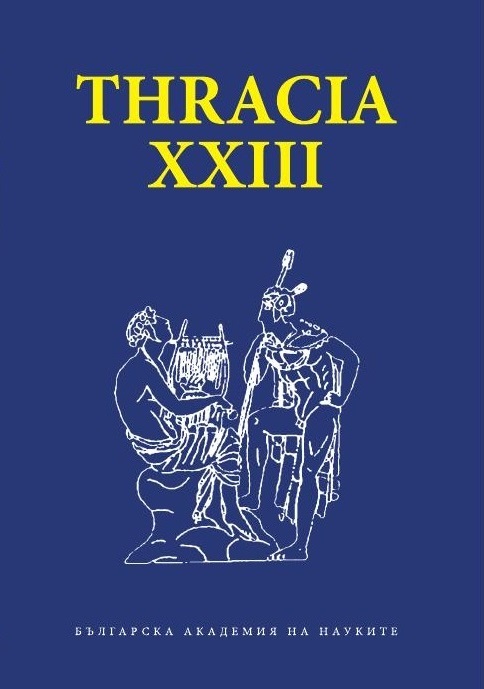 Summary/Abstract: The present paper has been focused on the literary passage of (Pseudo-)Euripides from his tragedy “Rhesus”, which deals with the posthumous being of the Thracian king (Eurip. Rhes. 962-973), and the fragment of Aeschylus from his tragedy “Bassarids”, which tells about the life and death of Orpheus (Aesch. Bassar. Fr. 83). Both texts situate king Rhesus and Orpheus in Mount Pangaion. They describe on one hand Dionysian, chthonian type of cult and ritualism, and on the other hand – Apollonian, solar type of cult and ritualism. The passages have been analysed in comparison with other pieces of evidence from ancient authors, related to Mount Pangaion and other similar cultic topoi. These sacred places described in the ancient literary tradition correspond to the rock topoi of cult and ritualism in South-East Europe and in Asia Minor, which have preserved numerous ancient relicts as a vital heritage up to the present day. One important feature of Thracian religion is to be noticed – both its unity and its variety. we can see clearly juxtaposed the Apollonian and the Dionysian principle – this fundamental opposition which marks the entire European cultural-historical tradition. But this juxtaposition can be logically explained in the light of the literary evidence of the Roman writer Macrobius. In his work “Saturnalia” he provides numerous arguments that Apollo and Dionysus are one and the same god. In conclusion, Mount Pangaion may be considered as an important sacred place of synthesis between Dionysian and Apollonian types of religiousness.