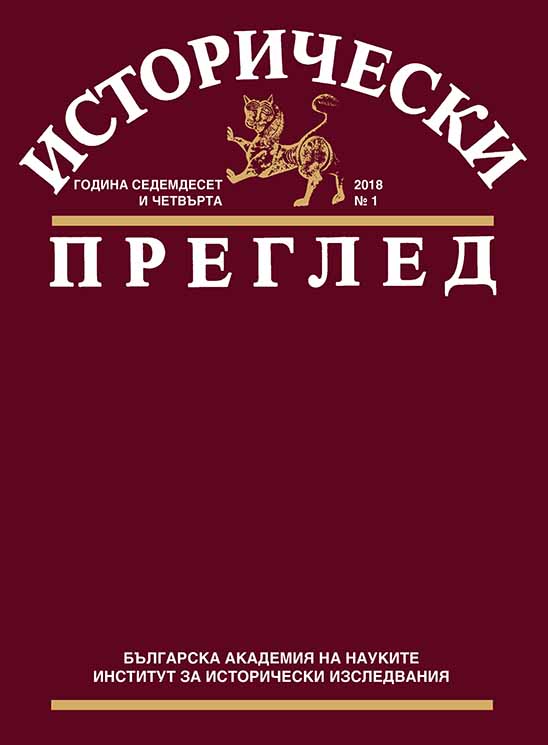 Summary/Abstract: The article introduces several unknown documents from the Başbakanlık Osmanlı Arşivleri – Istanbul about intentions of some Bulgarian colonists settled in Russia during the first half of the 19th century to re-emigrate in the Ottoman Empire in the 1870s. This disposition of Bulgarian colonists was mainly caused by the decision of the Russian authorities to recruit them to military service as a result of the reform which equalized the rights of foreign colonists to those of other Russian peasants (1871). Unlike other well-known cases of re-emigration of Bulgarians from Russia to the Ottoman Empire, this episode has remained so far out of the researchers’ attention. The documents are written in French and are part of the official correspondence of senior diplomatic officials in Odessa, Braila and St. Petersburg with the Ottoman Minister of Foreign Affairs. They are published in French and are accompanied by а Bulgarian translation and historical commentary.