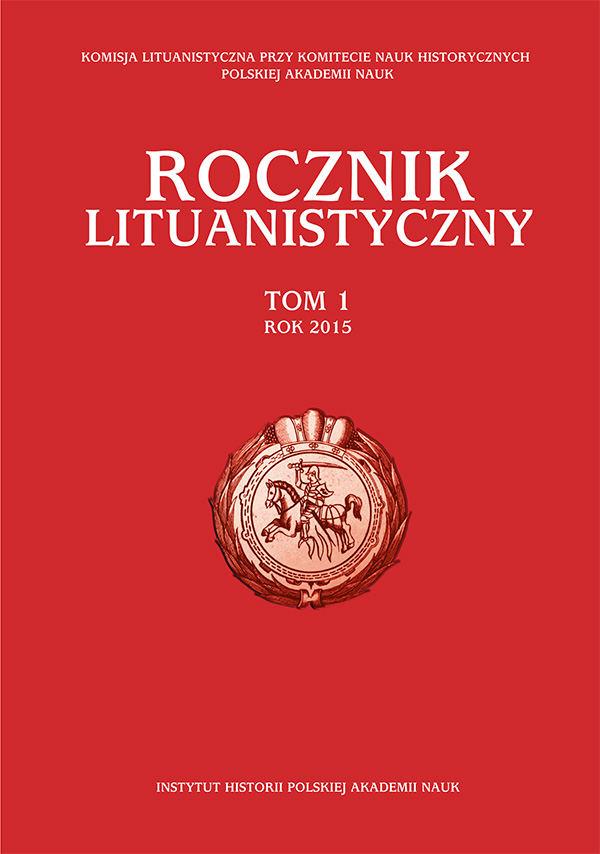 Summary/Abstract: This article analyzes the activity of Jesuit preachers, confessors and private teachers at the king’s and noblemen’s courts in the Early Modern Poland. The first part focuses on the legislation concerning court chaplains at the turn of the 16th century. The author sketches then a collective portrait of court preachers, confessors and teachers belonging to the Lithuanian Province throughout the 17th and 18th century. In doing so, he presents the reciprocal influence between the Jesuit Order and its benefactors and proofs how far general rules were applied in this specific context. In spite of the marginalization of Lithuanian Jesuits at the royal court, the number of chaplains remained high. This was possible thanks to an increasing presence in the entourage of high nobility. Within this social layer many confessors and preachers were associated with the Radziwiłł and the Sapieha families. Even though in some cases Jesuit priests were engaged at court for many years, the tasks of confessor and preacher were usually performed for a short time by relatively young members of the Society of Jesus. Pastoral activity in the entourage of aristocracy represented therefore an early stage of the religious career. Among the features that made a certain Jesuit suitable to the post of court chaplain there were allegiance to his patron, relatively low social origin as well as a good knowledge of foreign languages, in particular French. In the end some aspects of the life of Jesuit court priests are sketched, such as the tasks unrelated to pastoral activity performed on behalf of their protectors and the emotional side of their relationship with them.