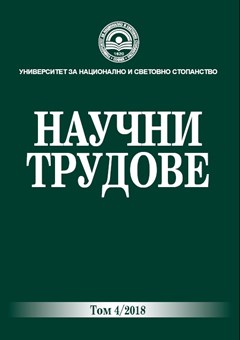 Summary/Abstract: The Syrian crisis is one of the most persistent and dramatic conflicts of the 21st century. It has become a crossroad of the global interests of the great powers, the dispositions of regional players, and a field for the realization of hybrid and proxy wars. The aim of the article is to show how maintaining an environment of uncertainty leads to the reproduction of uncertainty even in seemingly stable countries. For this purpose, the Index of Failing States (2005 – 2017), Water Indices (Tensions, Scarcity and Risks), etc., are being traced and compared with the rise of political tensions in Syria. The analysis shows that the risky environment leads to catastrophic consequences - from economic ruin to national disruption. The article demonstrates the use of indexes as an analytical tool explaining the generation of certain political processes declared as "invisible" before their outbreak.