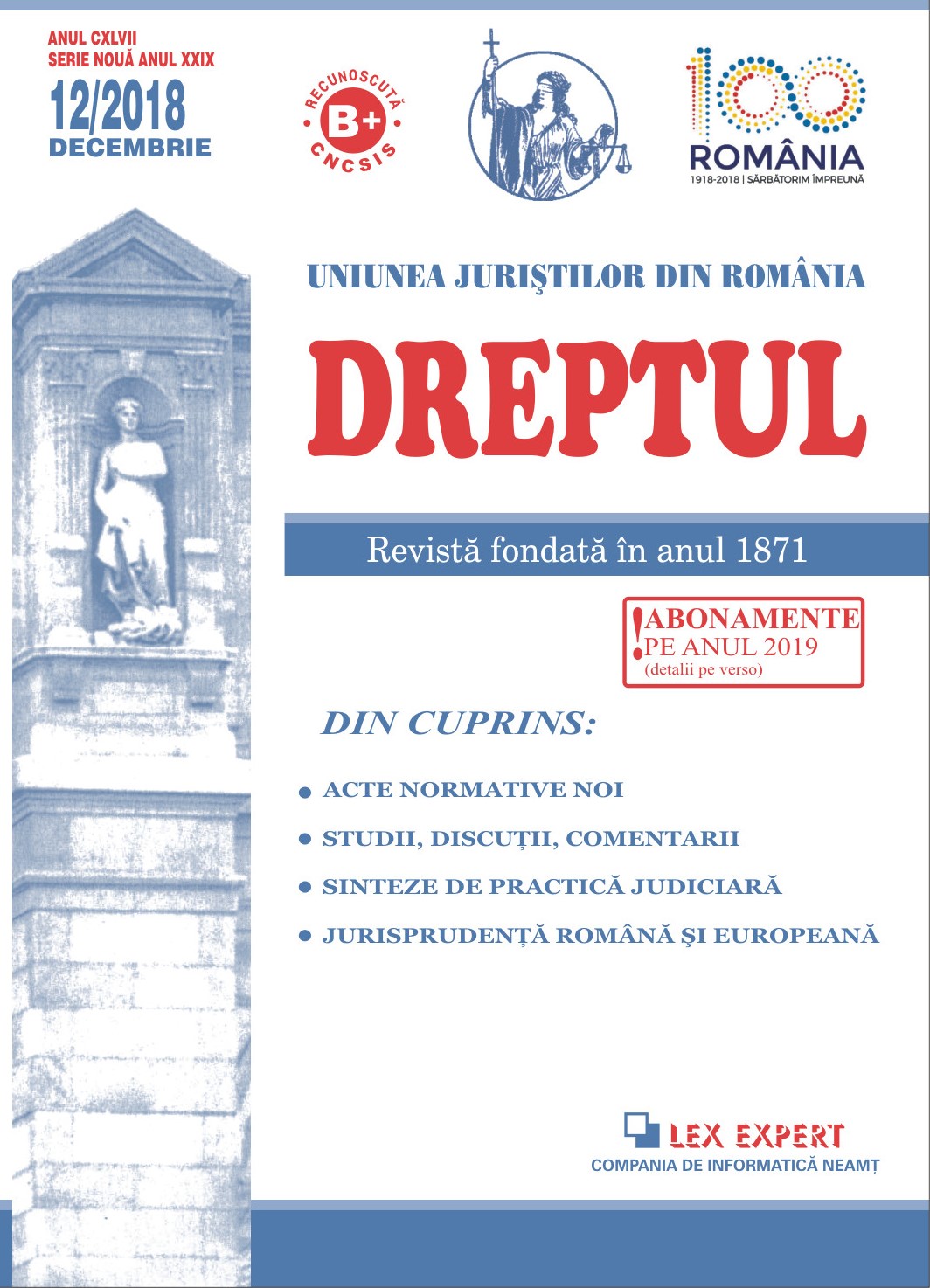 Summary/Abstract: Article 913 of the Civil Procedure Code regulates two situations in which the court executor will establish the existence of an impediment to enforcement: when the minor himself categorically refuses to leave the debtor, respectively when the minor has aversion to the creditor.Faced with either of the two hypotheses, the court executor will not put pressure on the minor (he will not use force, he will not abuse him), but he will draw up an official report, which he will communicate to the parties and to the representative of the General Directorate of Social Assistance and Child Protection, which will notify the competent court (the guardianship and family court) to order a psychological counselling programme appropriate to the child’s age as a protection measure necessary to avoid the child’s subsequent refusal on enforcement. The child who has reached the age of 10 will be mandatorily heard.According to the law, the psychological counselling programme can not exceed 3 months. After an initial psychological assessment of the child, the psychologist appointed by the court will determine the duration and content of the psychological counselling programme.Upon the completion of the psychological counselling programme ordered by the guardianship court, the psychologist draws up a report which he communicates to the court, to the court executor and to the General Directorate of Social Assistance and Child Protection.Whereas the starting point for the new regulation was represented by the presumption that the minor’s going through the counselling programme will lead to the change of attitude towards the creditor of the obligation, after receiving the report drawn up by the psychologist, the court executor will resume the procedure of enforcement, under the terms of Article 911 of the Civil Procedure Code, therefore in the presence of a representative of the General Directorate of Social Assistance and Child Protection and, if the latter considers it necessary, of a psychologist, and he may benefit, when necessary, from the assistance of the public force agents.Starting from the purpose of adopting the new enforcement procedure for minors, we analyze the extent to which the current regulation of the psychological counselling within the enforcement respects the principle of the higher interest of the minor.The doctrine has emphasized the added value of the new regulation, reminding that, in the case law developed in the system of the Civil Procedure Code of 1865, before the introduction of the periodical cominatory fines, it was noted that the judgment which provided the surrender of the minor to the applicant is susceptible to be subject to enforcement and that the failure to comply with the judgment was not attributable to the defendant, who had not opposed the enforcement, the impossibility of carrying on with the enforcement resulting from the opposition of the minor.Psychological counselling is an activity aimed at shaping the behavioural actions of the counselled person in a given situation or, generally speaking, in life and daily activity. Undoubtedly, in the subject matter under review, the psychological counselling is a precious remedy, even without a rival, aspect which also results from ECHR case law.Family therapy, where the therapist focuses on the child’s experience, while observing the entire family, responds best to the child’s needs in context, giving due importance to the specific situations presented by the people involved.Whatever the origin of a child’s problems, the approach is aimed at: bringing together the distinct descriptions offered by the different family members; explaining the appearance of some blockings of the inner resources, which lead to the inability of the family to solve its own problems; the use of individual or family inner resources in order to reach more complex and advantageous awareness, interactions and conducts to solve the difficulties.The conclusions of the psychological counselling report ordered within the enforcement should allow the court to reassess the measures contained in the enforceable title, in relation to the higher interest of the child and to the current state of facts.