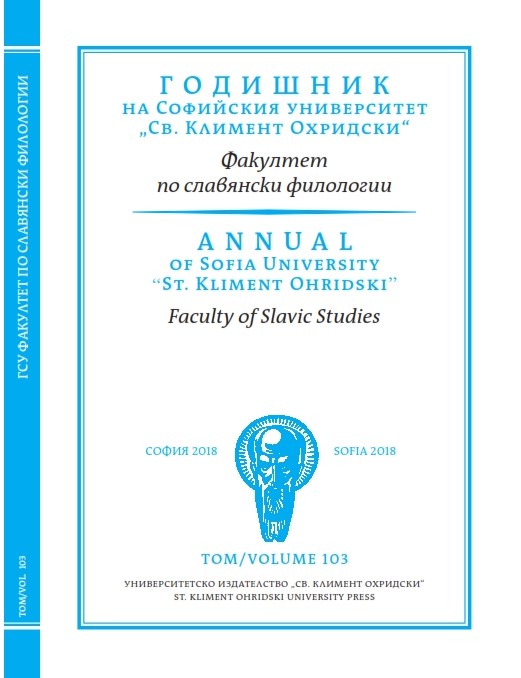 Summary/Abstract: This article starts from the understanding that the unfinished autobiographical text of G. S. Rakovski Nepovinnyj bolgarin [The Innocent Bulgarian], in the so-called second version, was deliberately built by his author according to the models known from martyrology. The papers discusses the links between Rakovskiʼs work and the biblical text, in so far as the hagiographic writing is presumably referred to the Holy Scripture as a model. Several types of reminiscences and references to the biblical text in the work of Rakovski are analyzed. The high frequency of biblical references is interpreted as an attempt to sacralize the (auto)biographical characters, which adds additional features to them as compared to the characters of the pure ‘secular’ type autobiographies.