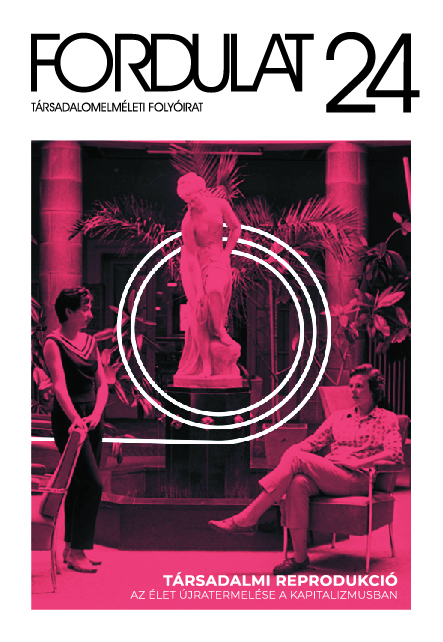 Summary/Abstract: One of the significant figures of the “domestic-labour debate” in the United States of the 1970s was Wally Seccombe, who was among the firsts to understand the centrality of housewives’ labour to capitalism through Marxist terminology. He consistently applied the value theory of labour to the reproduction of labour itself, challenging both Marxist and bourgeois economic approaches which did not consider domestic labour as a structural part of the capitalist mode of production, and therefore participated in making the labour and position of housewives ‘invisible’. For Seccombe, the fundamental and unsolved duality of domestic labour is that while it constantly creates value through the reproduction of commodified labour, it is not recognized as productive labour since it is not directly related to capital and does not produce surplus value. Therefore, domestic 258 FORDULAT 24 labour is not renumerated by any wage, which has important consequences for the social position, conscience and possibilities of the housewife. Reproductive work necessary for the sustainment of her husband, her children and herself is presented as a natural female obligation and charity, masking the fundamental deception of capitalism that wage is in fact not meant to be for labour, but for the reproduction of the labour force. Domestic labour signifies her total material dependence from her husband and her isolation from the public sphere, which together limit her possibilities to represent her own interests and to take part in collective resistance. Between the industrial and the domestic domain lies therefore the most remarkable fault line of the working class, which turns members of the same household silently against each other and excludes housewives from the sphere of collective organization and struggle.