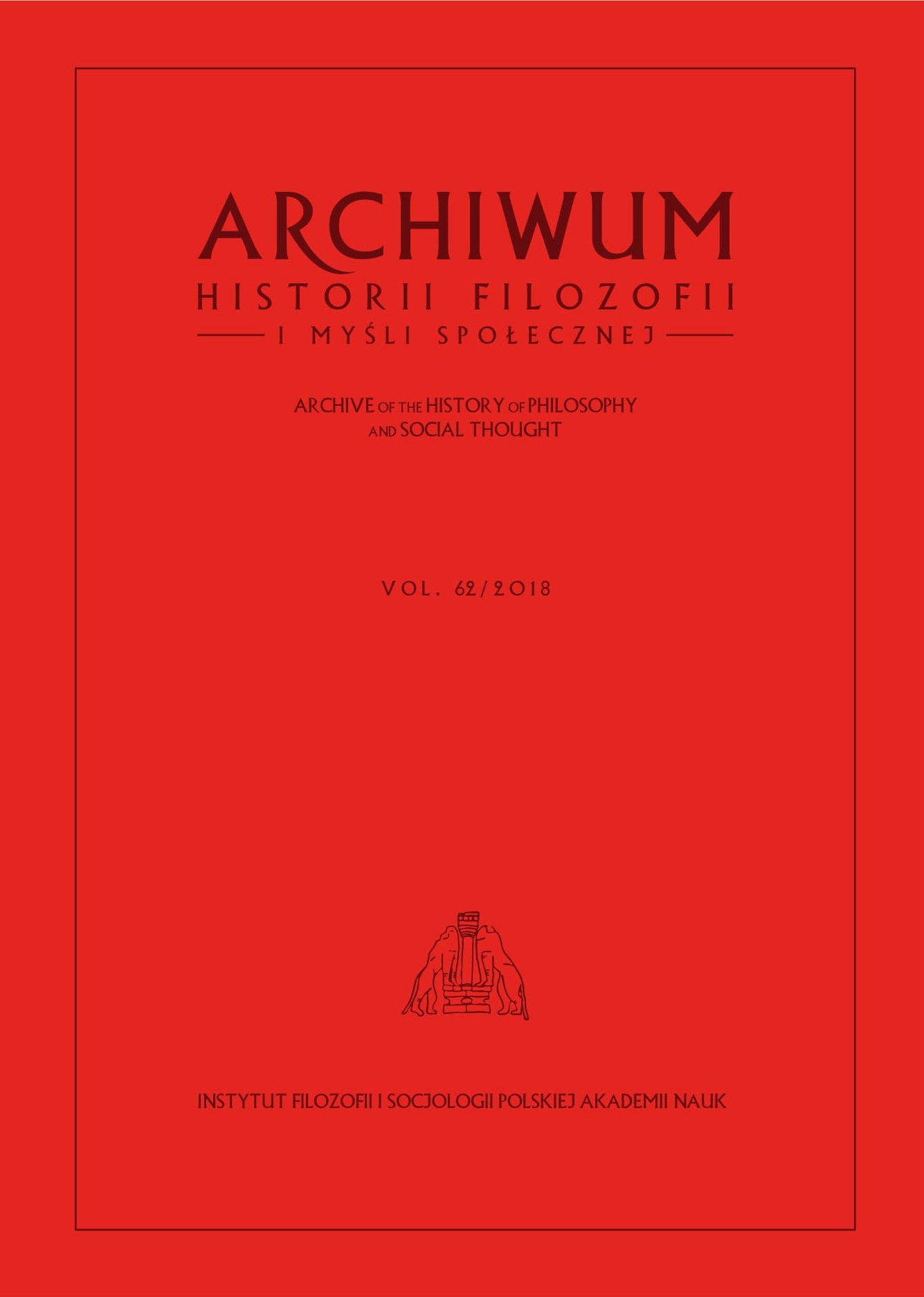 Summary/Abstract: The aim of my article is to compare two definitions of tragedy surviving in Ancient Greek sources, i.e. the definition formulated by the sophist Gorgias from Leontinoi with the famous definition of tragedy from Aristotle’s Poetics. The matter of my analysis in the first case is an aphoristic fragmentary text ascribed to Gorgias (DK 82 B 23) which should be considered together with his rhetorical piece titled Encomium of Helen, an epideictic speech, an apology and a laudatory discourse at the same time, full of verbal virtuosity. In both of these sources we deal with the term APATE, “deception” and apatetheis, “deceived” or apathesas, “deceiver”. In the case of Aristotle I suggest reading his definition of tragedy, as we know it from the Poetics, together with his description and definitions of emotions in his Rhetoric and taking into consideration the famous Aristotelian trio ethos, pathos, logos in which emotions are equalized with the logical means of persuasion, logos. An orator begins his intellectual activity as early as on the level of invention (heuresis) and later, with every next step of his rhetorical composition, he ought to consider the emotions of the audience, proper to his persuasive aim. In both definitions there are used the same terms: mythos (the fable), and pathe, pathemata (emotions). I am going to prove that their understanding by Gorgias differs from their understanding by Aristotle. In the case of Gorgias our analysis will be somewhat more complicated because, on the one hand, Gorgias’ style is dependent on poetry, with its characteristic ornamental epithets and oppositional pairs of corresponding terms and, on the other hand, because his style is built on paradoxes, found also in his philosophical treatise Peri tou me ontos. In my opinion, although belonging to ‘written culture’, Gorgias represents the kind of thinking about the logos which is characteristic of ‘oral culture’ and its power of poetic words. In my analysis I concentrate my attention on the ‘peculiar experience’ (idion ti pathema) of the listener. My conclusion is that the best effect of tragedy occurs in the situation when the emotions ‘planned’ by the tragedy writer correspond with the ‘peculiar experience’ of the spectator. And the term mythos is, in my opinion, nothing more than ‘literary fiction’, as fictional are the heroes of Gorgias’ epideictic speeches, Helen and Palamedes. In the case of the Aristotelian definition I stand on the position that emotions are not contradictory to the process of rationalization in the conception of the philosopher. It is obvious in many works by Aristotle in which man is portrayed as a zoon politikon and the process of rationalization goes hand in hand with human psychology. As far as mythos is concerned, I think that the most important in explaining its structure is hamartia, ‘tragic guilt’, ‘bad shot’, ‘error’, because thanks to it the spectator is given ‘proper pleasure’, oikeia hedone as the aim of mimetic art. We can compare the function of hamartia with the contemporary term ‘suspense’ in thriller movies. As Gorgias is dependent on oral culture in his conception of logos, Aristotle is a typical product of ‘written culture’ which would not have been possible without the Socratic definitions.