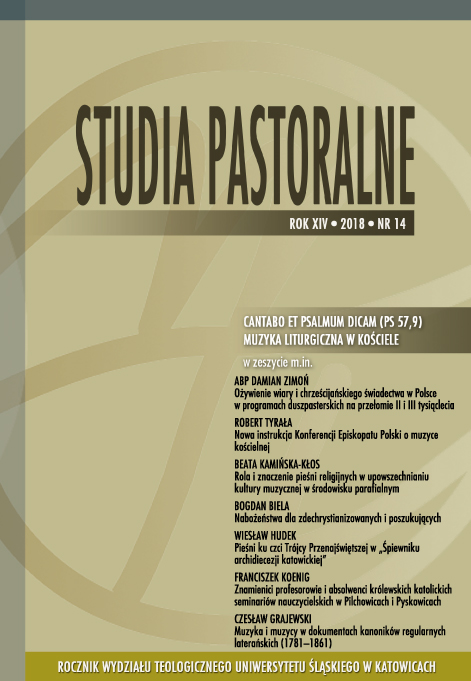 Summary/Abstract: We are living in a multi-standard culture. These are usually legal provisions. The number of bureaucratic regulations is also great. Each institution is created by numerous legislation processes. There are also, known for centuries, moral norms. Each type of morality has its own structure of norms and behaviour principles. Since the end of the 19th century situational ethics and moral relativism have been spreading in the western culture. It questions the existence of universal and commonly applicable moral norms. The God’s commandments (Decalogue) are particularly negated. It is often said about selective obeying the Ten Commandments. That is why it is urgently needed to remind the binding power of The Commandments. Of course, the Ten Commandments should be interpreted in the context of the New Testament. Today, at the core of this interpretation, there lies a christological criterion. It means that all of the Ten Commandments (lex naturalis, Decalogue, lex evangelica) are being fulfilled in the two Great Commandments of the love of God and neighbour. A visible example of not complying with the Commandments is the culture of death that exists nowadays. It is a sign of not only atheism but also the destruction of humanity.