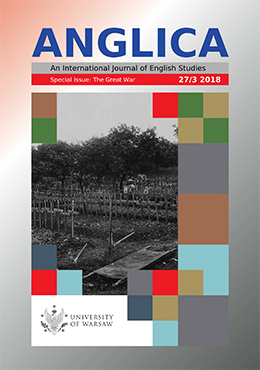 Summary/Abstract: When the United States entered the First World War in April 1917, the Committee of Public Information (CPI) organised several branches of propaganda to advertise and promote the war in hundreds of magazines and newspapers nationwide. One of these organisations was the group of writers known as “the Vigilantes.” This essay examines Fifes and Drums: A Collection of Poems of America at War (1917), published by the Vigilantes a few months after the American declaration of war. The discussion frames the context under which the Vigilantes conceived their poems as well as the main strategies that they employed to poetically portray the role that the United States was to play in the conflict.