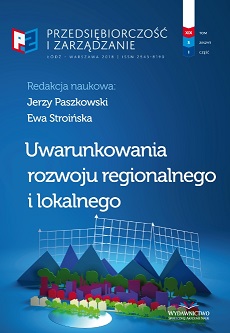 Summary/Abstract: The aim of the paper is identification of the coherence between poverty, unemployment and emigration in two transition countries — Armenia and Poland. Both of them are post-socialist economies, which undertook different paths of regional development during transition period. Moreover, authors identify the most vulnerable administrative-territorial units of the Republic of Armenia and Poland and analyse the reasons of regional diversity. The undertaken research method was secondary sources analysis — statistical data and literature. Based on the analysis of administrative-territorial subjects of the Republic of Armenia and Poland in the period 2010–2015/2016 the relationship between unemployment, poverty and the scale of emigration of the population have been revealed.