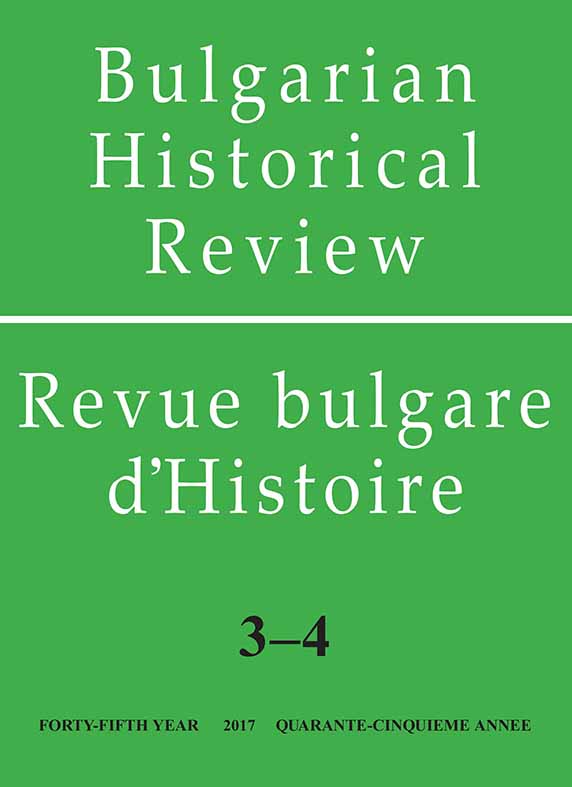 Summary/Abstract: This empirical study reveals a different, mostly hidden, reality of historical experience, i.e., the personal fears, dreams, and yearnings of individuals that had the potential to grow into collective emotions. Through the empirical and theoretical design of the study, the author presents Bulgarian society at war in terms of the critical situations of everyday life involving hunger, disease, death, corruption, injustice, and revolt. The author insists that the scenarios for what would become Bulgaria’s post-war reality were first written in the subjective contexts of a specific wartime reality – that of the practical past (in Hayden White’s term) of soldiers at war and their families. The study demonstrates how and why the justly angry soldier brought about conditions for a ‘breakthrough at the frontline’, inasmuch as this anger reveals that ‘the demoralization at the frontline’ was brought about by the soldier’s sensitivity to “things being unfair”. The article discusses the topography of the revolts (the so-called ‘women’s hunger revolts’) of ordinary urban and rural women, which occurred in places where the greatest numbers of men had been mobilized. The author shows that, in the anger of women, there “murmurs the horror of their forced situation” (Marguerite Duras). In analysing these outburst of social anger and the different ways in which different women (of various classes, social strata, and cultural milieus) protested against the war (revolts, petitions, individual and collective letters, addressed by Bulgarian and Turkish women to official institutions), the author thematizes women’s political and civic participation, provoked by total wartime mobilization. The article identifies the new sources of women’s emancipation during the war, including the affective reality of their experience, and thereby emphasizes that women’s public expression of anger was able to reveal the source of corrosion of the social tissue as lying in corruption and the ‘powers that tend to corrupt’. The front and the rear were bound together by anger at social injustice. Moreover: the study shows if the soldier’s wife had dared go that far, it was because she was empowered by the law itself, the law’s regulations aimed at the emancipation of the poor and uneducated woman, the soldier’s mother or wife, in order to restrict the possibility of corruption on the part of local authorities, a possibility that would have endangered the main purpose of the law, civil peace. The study is based on archive materials, still not fully ‘open’, including court martial documentation, women’s letters intercepted by censors, censors’ reports (some of them probably prepared by women), private archives of female Socialist activists, memoirs on women’s revolts, etc. The research methods of the study are developed and operationalized within the interdisciplinary field of microhistory and affect theory.