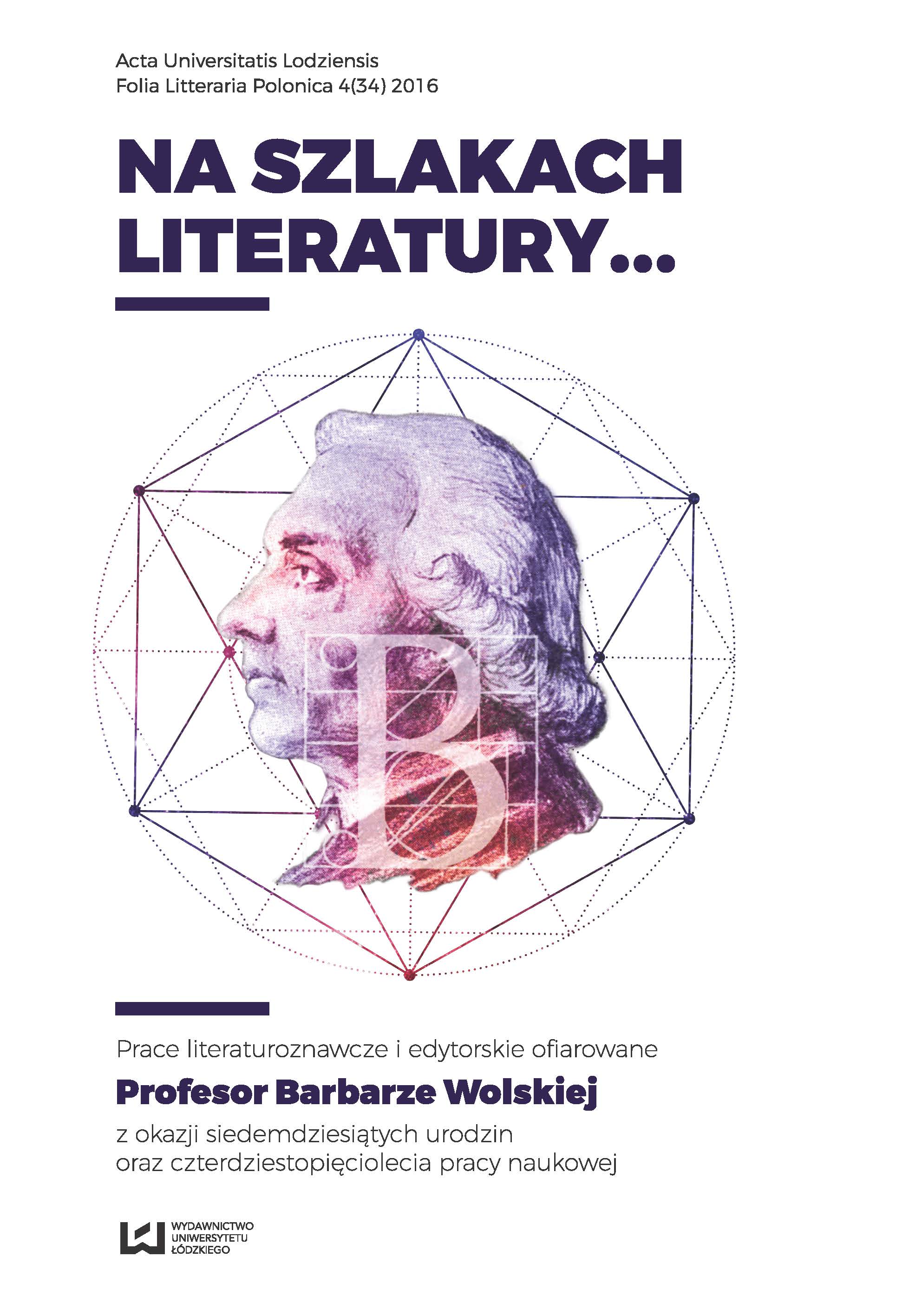 Summary/Abstract: Words of Jan Albertrandi which he said in 1770, explaining the reasons for publishing the magazine ‘Zabawy Przyjemne i Pożyteczne’, expressed an enthusiasm about the possibility of achieving by Poles the state of the spiritual and intellectual maturity in a short time. The result of such attitude of the editor was his willingness to provide to potential readers of the magazine the entertainment meeting their expectations, characterizing post‑Sarmatian customs. Quite quickly however in ‘Zabawy…’ there appeared the opinions of people whose point of view was different than that one of Albertrandi, because of their critical assessment of the condition of Polish Enlightenment elites. Perhaps the most important of such voices was a text of very young poet Tomasz Kajetan Węgierski. The significance of his ode (About disrespect towards learned men) was largely the result of the fact that it was addressed to Adam Naruszewicz, not only one of the leading figures of the magazine from the very beginning of its existence but also the man being the favourite poet of King Stanisław August Poniatowski. The undertone of this work was harmonizing, paradoxically, to the meaning of numerous poems, also printed in that time in ‘Zabawy…’, directed against Bar confederates and written in the circle of people close to the king, like Antoni Korwin Kossakowski, the author of the poem entitled To the Nation and Posterity.