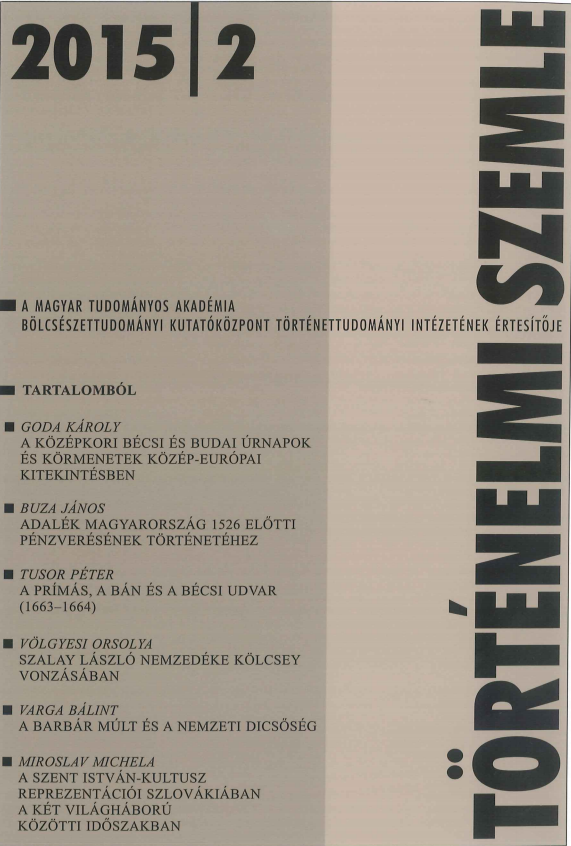 Summary/Abstract: The present study, which examines medieval Corpus Christi festivities and processions in a Central European context, argues that with regard to the feast of the Eucharist the ecclesiastical sphere was in no way separated from the political one. Although the medieval cult of the Eucharist was born in the 13th century on the territory of the Holy Roman Empire with considerable backing from the church and, later, particularly from the Papacy, from the first half of the 14th century the practical organisation of the festivity, and above all of the procession, was in the hands of the urban magistracy, which embodied the power of the local secular political elite. Nevertheless, however great the autonomy of the civic community or the authority of the local civic elite may have been, the presence of the ruler could always transform the local practice of processing with the Eucharist. In order to explore the impacts of recurrent or protracted princely presence, the present study focused on two cities, namely Vienna in the Empire, and Buda, the capital of the Hungarian Kingdom in the 15th century. Although in the first case the Corpus Christi festivity and the tradition of the procession were established in 1334 upon an initiative deriving from within the church, by the end of the 14th century, at the latest, the procession had certainly ceased to be an event which, under the leadership of the local civic elite, would have described, or even established, the urban population as a harmonious and unified sacral community. The form of the procession (ranking order, eventual absences) gave rise in the late middle ages to several conflicts. These were frequently solved through the intervention of princely power, by applying to the grace of the Habsburg princes. Consequently, the religious-ceremonial world of the Corpus Christi festivity in Vienna was drawn through the ways of regulations and conflict-management into the orbit of princely politics. While in the Corpus Christi tradition at Buda the local civic political elite, and especially the German merchants, played a leading role, in the course of the 15th century the princely power frequently profited from the mobilizing potential of the festivity in order to promote its own interests and political and military aims. Beyond the aims of church politics, in the 1410s and 1420s the cult was used in the organisation of crusades against the Hussites, and especially the Ottoman Empire. From the 1480s, at the latest, the preparation of a grandstand/ podium for the ruler transformed the procession into an excellent venue for presenting the power of the Hungarian king in a sacral setting. The festivities which closed the diplomatic and military agreements in 1501 ended with a procession which, filled with an expressively anti-Islamic content, evoked the possibility of a final and eternal Christian victory over the Ottoman Empire achieved through the sacral force of the Eucharist. Thus, in the case of the cities analysed, which also functioned as princely residences, the Corpus Christi tradition, and especially its processional celebration in the late middle ages, was not only a manifestation of the influence of the elite of the local urban community, but also a precious sacral device within the arsenal available for the ruler’s assertion of his representational and political interests.