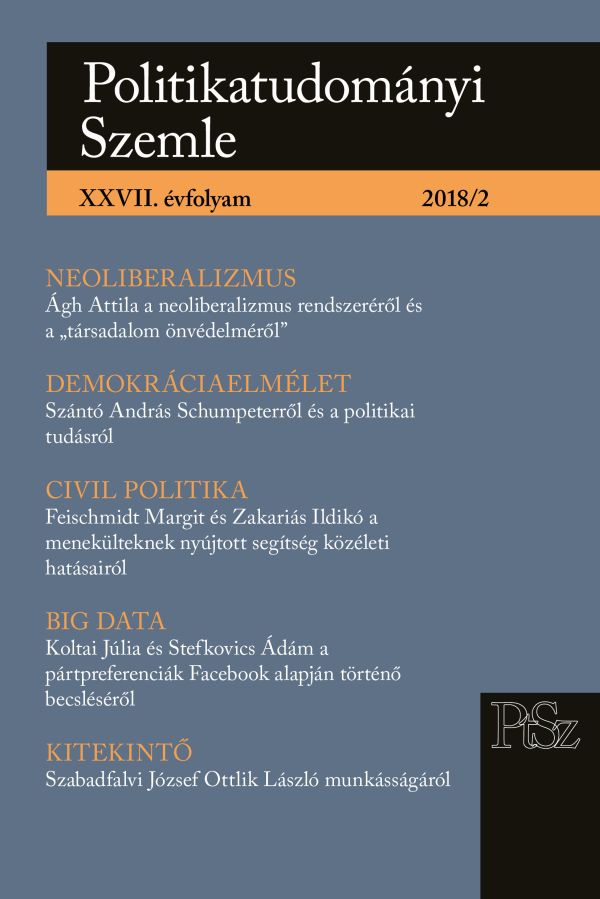 Summary/Abstract: This paper addresses the relationship between charitable support provided for refugees in Hungary and political participation. We analyse interpretations of intentional goals and targets of action, normative ideologies and interpretations of helper-recipient interactions in qualitative interviews carried out with volunteers and donors. We claim that there is a dynamic, two-way relationship between participating in charity and political participation. Certain political commitments may imply engagement in civic helping of refugees, which we call the charitization of politics. On the other hand, participating in charitable actions and becoming emotionally involved may lead to apprehending the deeper causes of suffering, increasing public responsibilities and public awareness even of those initially refusing to address such political issues. This we call the politicization of charity. We emphasize two major aspects of this dynamic relationship. Firstly, referring to the critical theory of charity and volunteering we emphasize the politicization of charity in this particular social context. Second, we aim to contribute to the wider discussion on the relationship between civil society and politics in Hungary. The political aspects and implications of charitable support for refugees revealed in this paper resonate with more general claims about the fragmented, informal and performative character of politics in Hungary.