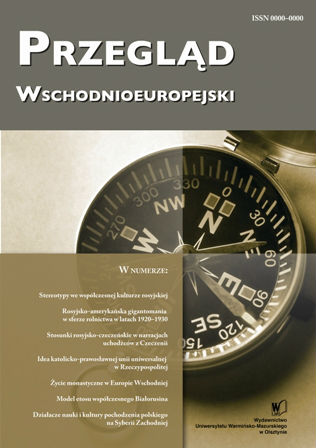 Summary/Abstract: The plurality of Polish literature in different forms is culturally diversified, withpolitical and historical contacts resulting in the appearance of modernism in both Serbia andPoland. The research performed by a Polish scholar from Serbia Miroslav Topić, has undoubtedlyshowed that essential changes in the poetry of Vojislav Ilić have coincided with him receivinga book of poetry (Poezye II) from the forerunner of Polish modernism Waclaw Rolicz-Lieder.It can, therefore, be assumed that this was the main reason in directing Ilić towards symbolism.The relationship between Rolicz-Lieder and Ilić also contributed to Polish language and literaturebecoming a subject in The Higher School of Belgrade just a few years later, in 1895. It should benoted that the Department of Polish language and literature still exists as a part of Slavic studiesin the Faculty of Philology at the University of Belgrade and the Faculty of Philosophy in NoviSad. Similarly, Serbian language and literature are studied in many universities in Poland suchas Warsaw, Cracow, Opole, Łódź, Gdansk and Torun among others.