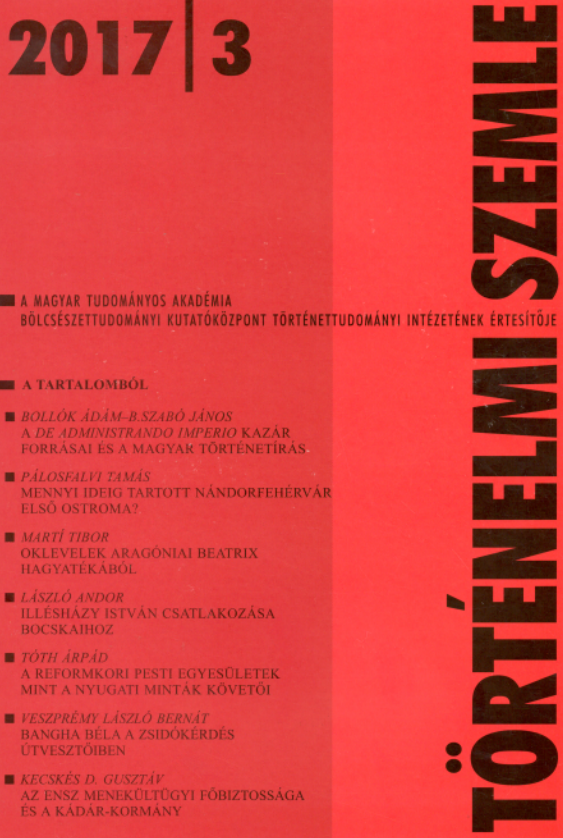 Summary/Abstract: Focusing on the first voluntary societies of Hungary set up from 1817 onwards in Pest, the article analyses the impact of Western European antecedents on their Hungarian counterparts. After a brief survey on the mechanisms how travelling abroad as well as reading books and newspapers helped Hungarian public sphere to get informed about the West in the early modern period, it gives an overview of the earliest voluntary societies. The main part of the study analyses the mechanisms of transfer including the procuration of the annual reports or rules of Western voluntary societies by correspondence and personal impressions during visits abroad. It is clear that the so far ’lack’ of one or another type of voluntary society was frequently used as an argument for its founding in Pest, which implies a certain sort of emulation with rival urban centers. Unsurprisingly, voluntary societies easily became the target of conservative criticism which stressed the ’unrooted’ character of these organisations and regarded this ’fashion’ as ’aping’ of the West. Yet, recent research has argued that their introduction into the towns of Hungary should be more considered as adaptation since they played real functions in the process of transformation into modern urban society.