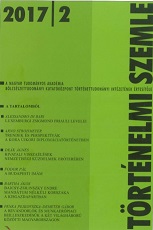 Summary/Abstract: After the Battle of White Mountain (1620), Czech and Moravian refugees settled down in Lower and Upper Hungary and found their way mostly to the Hungarian Lutheran Church. The intellectual élite of the Protestant immigrants introduced a lot of cultural traditions in Hungary. One of these is the very printing of funeral sermons in the so-called Biblical Czech language, that is, the language of Kralice Bible. Twenty-one titles, containing forty-one funeral sermons, were printed in Hungary in Biblical Czech in the period of 1637–1711. Quoting of and telling stories about the emblematic-iconic founders of the Lutheran Church play an important role in shaping the Lutheran identity as fashioned in the sermons of these prints. The present paper’s aim is to discuss the usage of citations from and exempla about the protagonists of the German Lutheranism in this corpus of funeral sermons, and to examine the common and personal features of denominational identity tightly related to these elements.