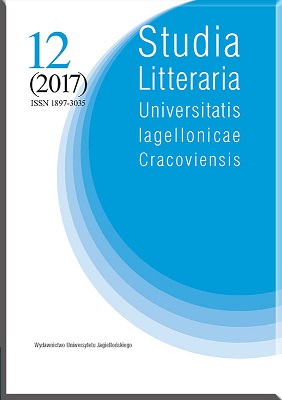 Summary/Abstract: To achieve its cathartic effect tragedy must communicate and elicit emotions. Any dramatic utterance, treated as an act of communication within the represented world, rests on the interaction of two inseparable, accordant, and interrelated systems – language and emotions. Language can name and verbalize emotions in order to construct them in the dramatic world, but to create a linguistic image of a believable emotional utterance the language a character speaks must appear to be infl uenced and shaped by emotions. Further, that mimetic representation of emotion through language must be understood by the audience. To achieve this, dramatic language must either rely on conventional linguistic means used to express emotions or create its own code that will be decoded by the audience. The audience will vicariously experience the characters’ emotions by recognizing them in their language and actions. The emotionally dynamic image of Othello, one of the most passionate men of Elizabethan drama, is created primarily by the language he uses. To follow the changes in the syntax and the semantics of his language as the action of the play develops is to observe the transformation of the character from a loving and caring husband into a jealous beast that knows no mercy. The article will offer an analysis of the pragmalinguistic representation of jealousy in Othello’s language and show how his discourse changes in the text. The analysis will rely on basic pragmatic categories and consider Othello’s use of directives, assertives, expressives, etc. The emotional change in Othello will also be illustrated by a brief study of the change in his syntax and his vocabulary: from balanced rhetorics and sophisticated words to erratic speech and expletive swearwords.