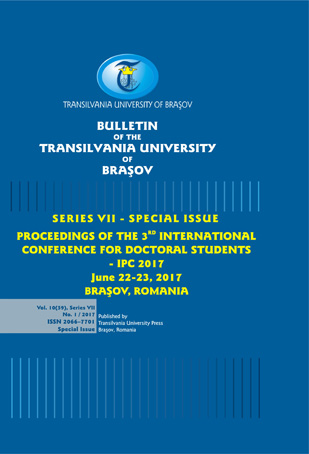 Summary/Abstract: In the context of the wave of refugees that was entering Europe in the last few years, during March-August 2016 two Romanian newspapers were studied, searching for the articles on these phenomena, to find out about the way press reflected the crisis, and the phenomenon of migration in general. A study came out, based on the analysis of two daily Romanian newspapers - Jurnalul National and Libertatea, aiming to identify the articles on migration which appeared in this period of time (six months), in order to pinpoint the rhetoric of these two publications as reflecting (covering) the phenomenon. The research method was content analysis and frequency analysis. One important result was the identification of three types of articles on migration, besides the revealing of their distribution in the studied period, and the description of the general discourse that these newspapers use when covering the phenomena of migration and refugee crisis, in order to transmit it to the general public. The study helps to show how migration is seen and understood in general, and in particular, in the Romanian society these days.