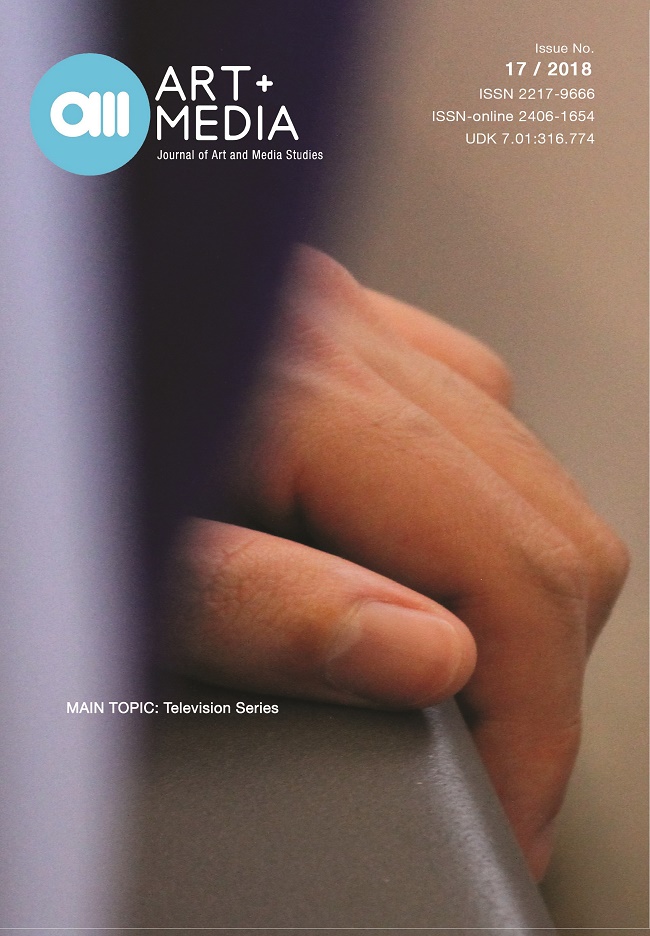 Summary/Abstract: In this paper I deal with the concept of the binge-watching of television series episodes. The word binge means a period of excessive indulgence in an activity. Particularly, in terms of media theory, it becomes synonymous with obsessive, marathon watching of TV shows and movies through streaming television. The central hypothesis is that binge-watching goes beyond what has for previous decades been considered a generally accepted way of watching TV content. In order to better understand this notion, it is also necessary to explain the importance of non-linear television and its distinction in relation to ‘traditional’ or linear television. I will pay special attention to social networks as an indispensable factor that completes the binge-watching experience. Social networks are also involved in the peripheral specifics of binge-watching that lead to the emergence of new occupations, which are in direct correlation with the desire of viewers to be informed about their favorite TV content. I also performed a case study of the TV show Pretty Little Liars (PLL). This show had strong effect on connecting creators with viewers through social networks. As a relatively new phenomenon, binge-watching has the potential to soon become an interesting subject of research.