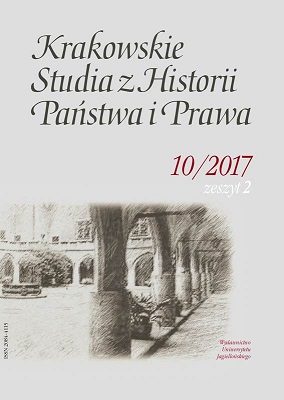 Summary/Abstract: Between the late 9th and the middle of the 13th century, Iceland was a pre-state society with a political system based on private means of creation, adjudication and enforcement of law. The functioning of this society has been a subject of numerous studies conducted within various disciplines, including legal history, political anthropology and institutional economics. In the last couple of decades, Medieval Iceland has also become a topic of interest to the various branches of the modern anarchist movement, whose members are prone to looking for historical examples of societies which lack a coercive government. The aim of this article is to critique the anarchist reconstructions of the Medieval Icelandic mode of governance. In particular, I will show that the anarchist visions of the non-state Icelandic sociopolitical order are anachronistic and substantially differ from the accounts found in the Old Icelandic narrative sources, as well as in the private collections of the medieval local law, known as Grágás.