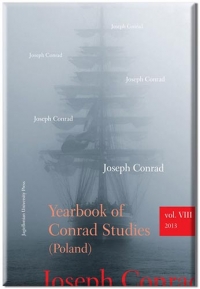 Summary/Abstract: The exotic setting of Conrad’s Almayer’s Folly suggests the novel’s affinity to the adventure romance, a genre popular in the final decades of the nineteenth century. However, readers expecting a story of dangerous exploits in the remote lands (or seas) must be disappointed. As Andrea White showed in Joseph Conrad and the Adventure Tradition, Conrad challenges the romance convention by contrasting a life full of adventures, which can only be glimpsed from afar, with the protagonist’s mundane existence. The aim of my paper is to take White’s argument further, and to present Conrad’s first novel not only as a challenge to the late-Victorian romance tradition but also to any narrative of (economic) success which accompanied colonial ventures. Conrad exposes both the myth of the adventurer, whose luck coupled with daring enables him to find a treasure, and the myth of a self-made man, whose perseverance and hard work in the colonies ensure his financial success.