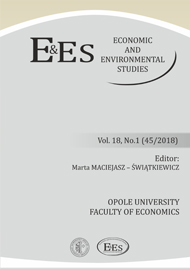 Summary/Abstract: Visual aesthetics represented in Western media by the name of “Japanese style”, is presented from the point of view of women’s fashion, especially in the realm of pop-culture. The resources available for non-Japanese reader rarely raise the subject of Japanese men’s fashion in the context of giving voice to self-expression by means of style and clothing. The aim of this paper is to supplement the information on the socio-economic correlation between the Japanese economy, fashion market, and self-expression of Japanese men, including their views on masculinity and gender, based on the profile of Japanese men’s fashion magazines readers. The paper presents six different fashion styles indigenous to metropolitan Japan, their characteristics, background and development, emphasizing the connections to certain lifestyle and socio-economic occurrences, resulting in an emergence of a new pattern in masculinity – the herbivorous man, whose requirements and needs are analyzed considering his status in the consumer market and society.