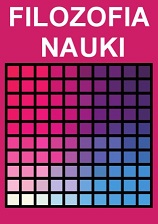 Summary/Abstract: There are several faces of Four-Dimensionalism. Sometimes 4D-ism is formulated as the thesis that the material world is composed of spatial as well as temporal parts. Another version of 4D-ism states that persisting objects are extended over time in the same way that they are extended over space. Some Four-Dimensionalists defend the thesis that all objects persist by perduring i.e. by having different temporal parts at different times. Sometimes 4D-ism means the same as eternalism — the thesis that past and future objects (and times) are just as real as currently existing ones. Finally it can mean the thesis that all objects are in fact four-dimensional i.e. they are in every case a filling of some subregions of space-time. The author examines some varieties of 4D-ism and tries to formulate both a precise meaning of those doctrines and an evaluation of them.