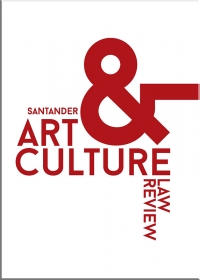 Summary/Abstract: In October 2003, the UNESCO General Assembly adopted the Convention for the Safeguarding of the Intangible Cultural Heritage (the 2003 Convention). In the less than fifteen years that have followed, the 2003 Convention has been ratified by 178 countries, making it the second most successful cultural heritage treaty in the world (after the 1972 World Heritage Convention). The examination of both the successes and shortcomings of this instrument comprises a significant part of this issue of the “Santander Art and Culture Law Review” (SAACLR).