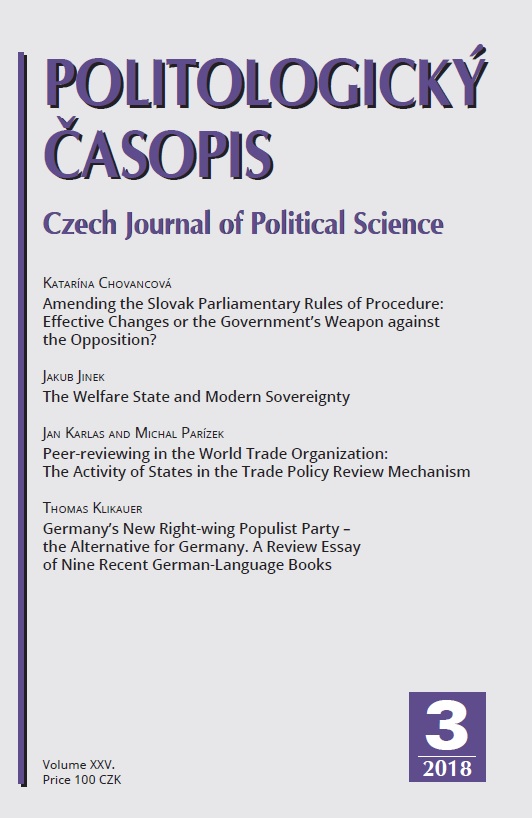 Summary/Abstract: In the year 2017, a new political party entered Germany’s parliament called ‘Alternative for Germany’ or AfD. Mainstream media labels the party far right, radical-right, right wing, national-conservative, populist, etc. Despite this, the AfD has tendencies towards Nazism. Nine books published between 2016 and 2018 examine the stratospheric rise of the AfD, founded in 2013. The review starts with a conservative view that examines ‘what the AfD wants.’ The next book discusses the ‘AfD-Pegida’ link. Pegida is the AfD’s East-German and mostly Dresden-based street-fighting movement. The third book presents arguments on the AfD from across Germany’s political spectrum. This leads to a book written as a ‘letter to AfD voters’. The book outlines many inconstancies found in the AfD’s party programme and its public announcements. Since the AfD claims to protect the occident, Europe and Germany in particular against hordes of Muslims and the Islamic religion, these issues are discussed in the next book. A quick look at the ideological background of the AfD points to an analysis of the party’s relationship with the media. The final two books show how the AfD seeks to conquer Germany’s political centre, based on a wealth of empirical data. Overall, the nine books provide one of the first comprehensive examinations of Germany’s new radical-right party drawn from recent German language books.