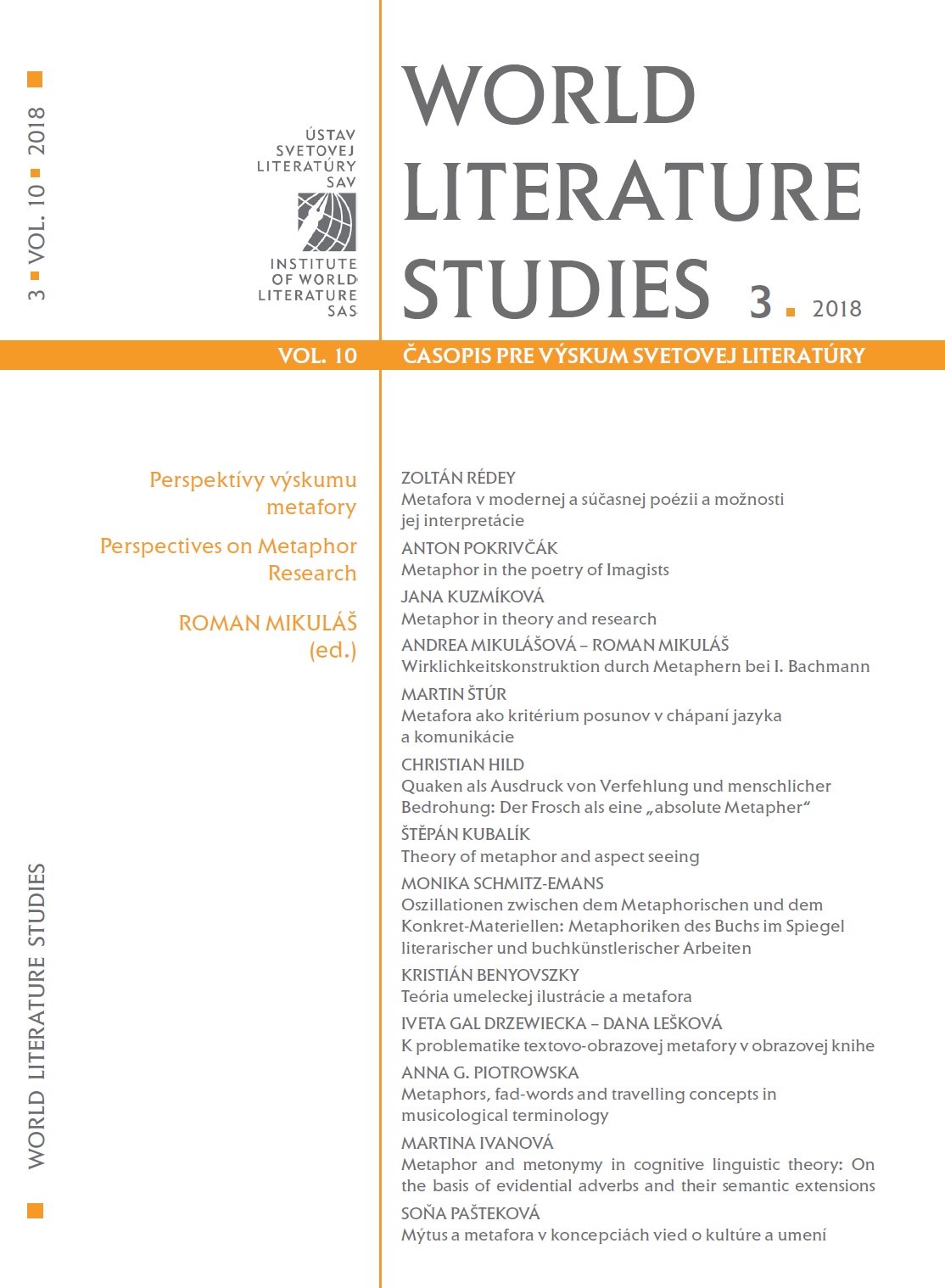 Summary/Abstract: The present paper aims at elucidating the conceptual architecture of Marcus B. Hester’s theory of metaphor. This theory is fundamentally based on Ludwig Wittgenstein’s analysis of aspect perception (as appeared in the eleventh section of his Philosophical Investigations). On the one hand, Hester’s theory is worth noticing for the emphasis it gives to imagination (or quasi-perceptual experience) in the process of appreciating metaphorical statements; on the other hand, however, it does not properly interpret the chosen Wittgensteinian inspiration. Its main shortcoming, as I try to show, is that Hester does not pay adequate attention to Wittgenstein’s distinction between the experience of noticing an aspect (so called “aspect-dawning”)and continuous aspect perception. This flaw then results in such an account of metaphor that actually does not make room for aesthetic value of metaphorical statements. Such a result would be unacceptable for Hester himself, since poetic metaphor was in the centre of his attention, but the problematic assumptions responsible for it went unnoticed by him.