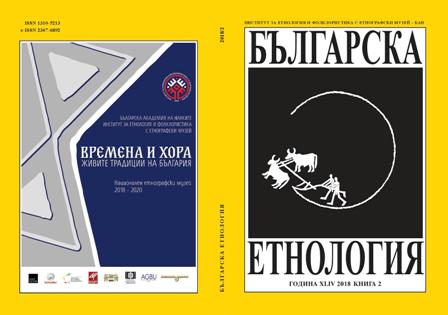 Summary/Abstract: The paper analyzes the symbolic layers in the major commemorative ceremony in Bulgaria – the roll-call. It is divided in two parts. The first one (Bulgarian Ethnology,2018, no. 1) interprets the symbolic actions comprising the basic tools for producing ceremonial meaning: saluting and rendering military honors, ritual silence and lack of action, battle cry, ceremonial mise-en-scène (monument, guards of honor, etc.) – these are recognized as specific devices for removing symbolically the border between the living and the dead, between heroes and descendants. The second part examines the ceremonial scenario as a prospectively unfolding narrative – each symbolic action is interpreted as a successive move in the overall plot. This approach acknowledges that the ceremony is made up of three parts: preparatory, commemorative, and triumphal,whereas the scenario as a whole embraces the following logic: listing and honoring the heroes in the commemorative part is succeeded by their posthumous enwreathing and symbolic immortalization as stars in the night sky through the use of fireworks.