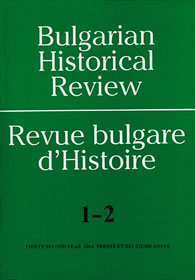 Summary/Abstract: Gerhard Gesemann, being with his publications one of the leading specialists for South Slavic literature and folklore was born in 1888 in Lichtenberg/Germany, graduated in 1913 at University of Kiel. After his stay in the area of Yougoslavia during World War I he became in 1920 university teacher of Slavonic philology at Munich University, then in 1922 – professor at the German University Prague, where he was elected rector of the university by support of liberal groups in 1933. Together with the slavist Franz Spina he edited a great number of special publications, founded a society for Slavic research, he also edited the scientific journal “Slavische Rundschau”. Aspiring to professorships in the “Reich” at the universities of Munich, Leipzig and Königsberg, Gesemann was suspected by NS-representatives of close ties with Jews and Russians from Soviet Union. In 1939 he became director of the new-founded “Deutsches Wissenschaftliches Institut” in Belgrade. In 1941 after the German annexation of Czechoslovakia he returned to Prague, but in 1944 because of lasting persecutions and hostilities he retired and moved to Bavaria, where he lived as author till 1948.