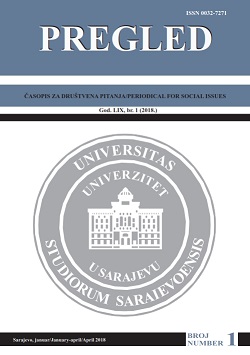 Summary/Abstract: Physical growth and development is a relatively long-lasting process with which psychological development takes place simultaneously, during which each individual gradually becomes enslaved by 'clothes' of social consciousness. Awareness of the necessity of being a member of the community and the only way it can survive as a conscious individual is gradually creating in the individual a social consciousness. During the realization of the natural and social reality in the process of socialization of one's own personality, the individual is hoping that the basis of our ideas is sensory experiences, and, conversely, by reducing the idea of sensory experiences, it can create preconditions for political, moral and pedagogical transformations of society. But ideas, as a feature and creation of the human mind, are certainly under the influence of sensory experiences. If they are "separated" from the mind and created under the influence of the senses, then such a state creates an ideological consciousness in an individual that is not capable of perceiving the truth of natural and social reality.