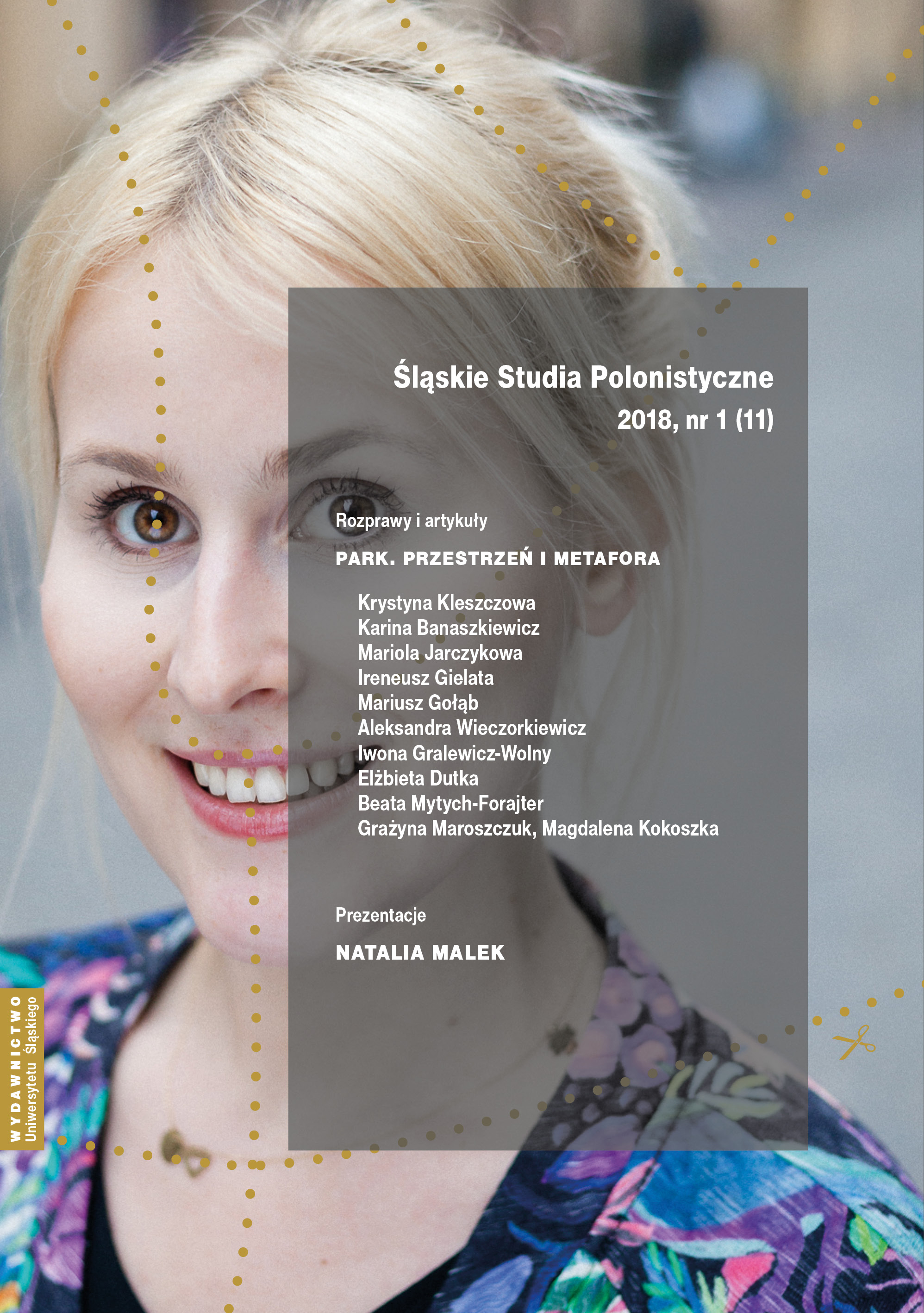 Park Mary Poppins – między realnym a wyobrażonym
Mary Poppins’s Park: Between the Real and the Imaginary

Summary/Abstract: Based on the fourth part of Pamela Lyndon Travers’s series of children’s books, „Mary Poppins in the Park”, the article proposes a view of a park as a dychotomic place: subjected to some rules, yet simultaneously a real and magic space which stirs one’s imagination. Following this double understanding, it can be stated that a park ideally matches the title character of the novel, who cares (often too much) about her children’s appropriate behaviour, but at the same time displays her predilection for children plays and imagination games. The conclusion highlights the two-dimensionality of the park, which by welcoming adults and children, becomes the space of both the real and the imaginary.