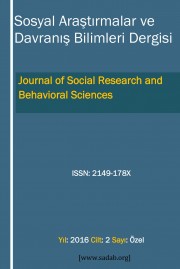 Summary/Abstract: Contagion can be expressed as the spillover of any shock across countries, and a change in market sensibility. In this study, in addition to the expression of the notion of contagion within the literature, there will be an analysis of the 2008 crisis using monthly data of the variable of stock price indices from January 2004 to December 2013 using the MA(1)-GARCH(1,1)-M method. According to the results obtained, it was observed that there was an increase in stock price volatility in the crisis period, and it was determined that most countries in different parts of the world were affected by the crisis which arose in the American mortgage market, and that the contagion occurred because of the financial channel.