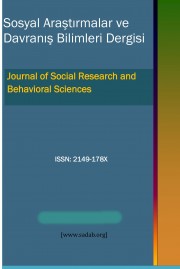 Summary/Abstract: Marshall Mcluhan has been mentioned with epithets such as “greatest media theorist of 20th century”, “Information age guru”, “oracle of electronic age” or “father of cyber space”. Media and technology analyses that he did in 1960s are accurate enough to predict the emergence of the Internet and social media. In Turkish social sciences area, there are limited amount of studies on McLuhan and only a few of his works are translated into Turkish. What is more, as his works are misinterpreted, he is falsely seen as a technology advocate and fun of technological developments. In fact, only in the early 1950s, for a very short period, he believed that technological innovations could create a better world. In his later works, it appears that he is beginning to see the world equipped with technology as a loss and adopts a critical approach. McLuhan explains modern life by the whirlpool metaphor, and he states that it is only possible to be rescued by this whirlpool of electronical information by analyzing it. In this study, Marshall McLuhan's critics of technology and media are put forward and the influence of new media technologies on societies are discussed. Using the descriptive method, the "extention" and "amputation" concepts of McLuhan, were evaluated in the context of the new media. The study aims to contribute to the limited resource available in Turkish about the theorist and the ideas he produced.