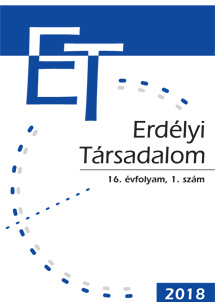 Summary/Abstract: The literature pays increasing attention to the analysis of the regions’ innovation potential, basically because of its active contribution to the economic growth and competitiveness. Beside the natural sciences based innovation, the researchers emphasize the role of social innovation in their works, which can give an alternative solution principally in the case of settlements which are in a relatively peripheral situation. Th e convergence of peripheral regions has high priority in the European Union; that is why the experts of the EU examine the territorial inequalities for several decades.The state of territorial inequalities is a critical problem also in the case of Hungary, with special regards on the Northern Hungarian region’s settlements. Character of the region is that it is based on the most important socio-economic indicators in a relatively disadvantaged, peripheral situation, and can be characterized by high level inner socio-economic disparities. Th e author’s aim is twofold.First, the author summarizes the main theories, concepts and defi nitions of social innovation, and after that examines the attempts in the literature, which were made to measure the social innovation potential. Second, the author’s aim is to create and test an adequate method to measure the social innovation potential of the Northern Hungarian region’s settlements with regards on the examples of the literature. Th e article pays signifi cant attention on the sectoral distribution of the enterprises acting in the settlements, on the activity of the non-profi t organizations, on the gained EU supports, and on the qualifi cation of the inhabitants.