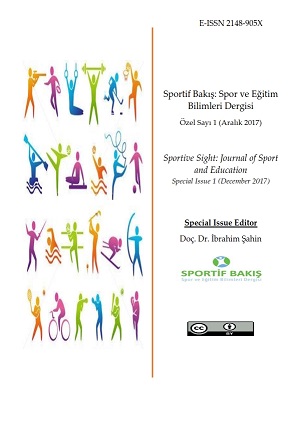 Summary/Abstract: Many football teams in the world change technical directors first in case of a failure. As a result of this change, it is thought that the failure will be the end and the successful results will come soon. The aim of this study is to compare of coach changes Turkey and some other countries teams which have at least one championship in last 20 years. In our work, Premier League England, Germany, Italy, Spain, Turkey, France, and Portugal have all teams that have won the championship in the last 20 years (n:38). The number of coach changes, the league championship numbers and the final numbers played in the European cups has been obtained from the transfermarkt.com. Descriptive statistics and one-way variance analysis were used for the analysis of the data. The coach changing numbers of team's, which was in our study in last 20 years, was found 16.47±5.74. While average of coach changed in our country 20.25±3.4, England 11.20±9.33, Germany 15.83±6.14, Italy 18.20±4.14, Spain 19±3.80, France 15±4.89 and Portugal 18.25±4.11 was found. When the findings are examined, the coach average of the championship teams in our country during the last 20 years has been found high compared to Europe.