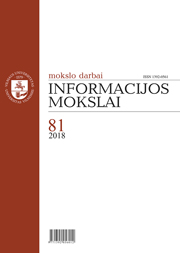 Summary/Abstract: Globally, gender equality in the boards continues on an upward trajectory with slow but positive progress – in 2016, nearly 19% of seats on the boards of the largest companies globally were held by women, up from about 14% in 2012, with 3 percent of this growth coming in just the last two years (Zehnder 2017). A leading country in this matter, Norway, has introduced its quota law in 2007 requiring boards of listed companies to have a gender balance of at least 40/60. The ten years result of this quota happens to be an increase in female board members from 6 percent in 2002 to 42 percent in 2016 (CORE 2017). The EU also tries to push for a quota for women on company boards so as to address the slow progress toward gender equality in the senior ranks of publicly listed businesses. Although 62.7% of new university graduates are women (graduating with Master’s degrees – 66.5%, and 58.9% graduating with doctorates) in 2014, they are outnumbered by men in leadership positions in the corporate sector in the Lithuania. When looking at the top executive positions, there are no women CEOs (Chief Executive Officers) in the listed companies in Lithuania. From December 2013 to September 2014, the share of women on boards (executives) in Lithuania increased by 2.8% (Šidlauskienė, Pocevičienė 2015). Thus, the current moment offers a strategic opportunity to proactively enhance gender equality and prevent any more widening of the gender and skills gaps.