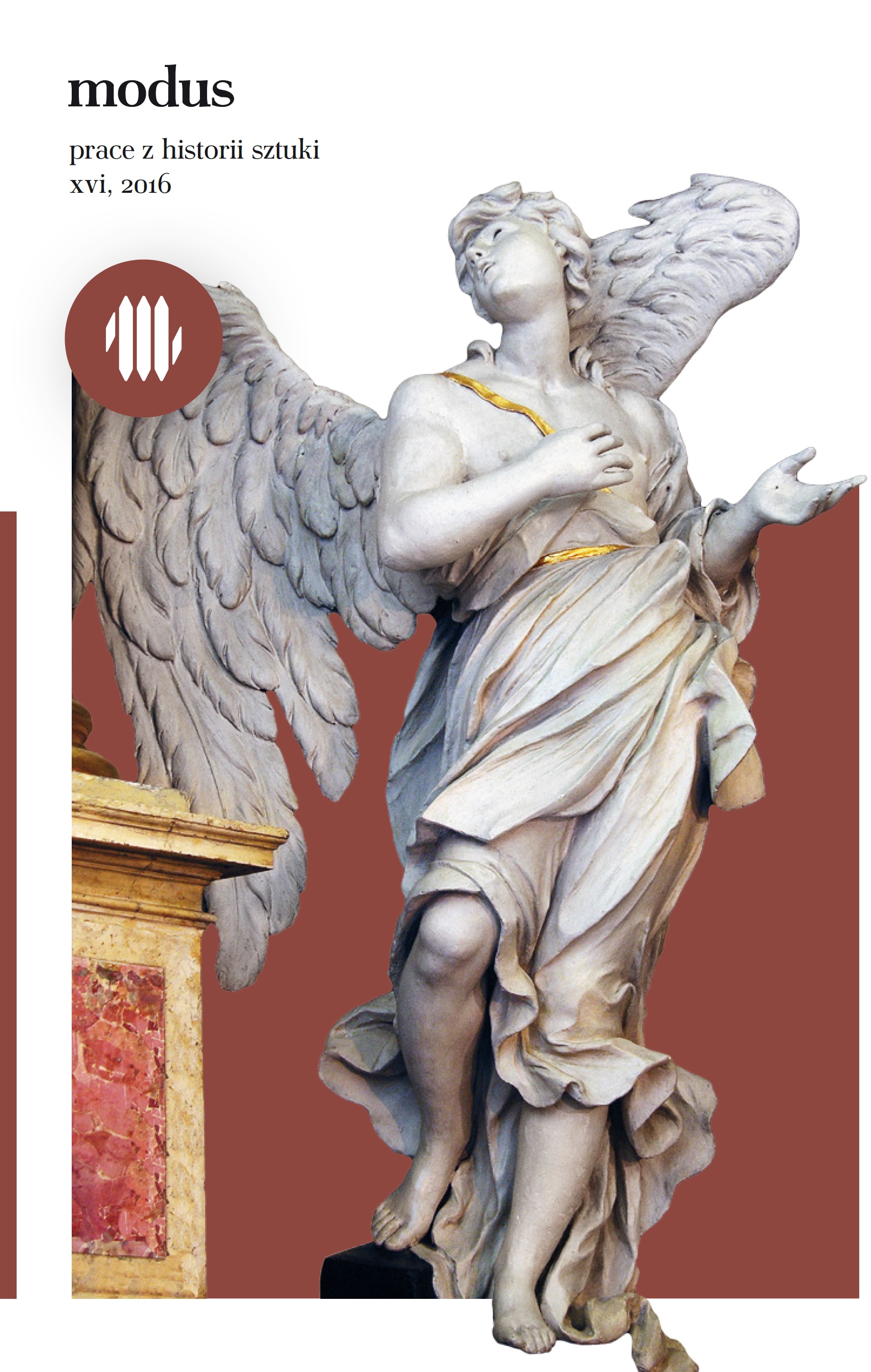 Summary/Abstract: In the Polish private and institutional collections we can find a large collectionof photographs connected to the Cracow painter Saturnin Świerzyński (1820‒1885).The aforementioned collection comprises at least 73 prints taken in the second half of the19th century, on which 30 paintings of this artist were presented. However, this collectionis incomplete since at least two other paintings by Świerzyński were photographed, whichwe know from his manuscript which includes for instance a list of his works and expenses.The following article discusses four photographs kept in the Photo Library of the Instituteof History of Art of the Jagiellonian University in Cracow, which were given by Świerzyńskito the historian Józef Łepkowski.A problem of photographic reproductions of works of art in Poland, which has for yearsbeen neglected in the scientific research, requires a thorough analysis. The above-mentionedtopic has been researched by photographs since the emergence of this technique, thoughin Poland not as often as in the West. It started to change in the 1850s owing to the Warsawphotograph Karol Beyer. The oldest photograph from the Photo Library discussed inthis publication representing a painting The Second Hall, So Called Knight’s Hall, of theAntiquities Exhibition in Cracow is exactly from this period, that is 1859. The author of thephotograph is “Biazoni”, who I identify with the Cracow merchant August Biasion, hithertounknown photographer-amateur and one of a few in this period. One or two other paintingsby Świerzyński were photographed in the 1860s, and the remaining paintings already in the1870s and the first half of the 1880s. This group includes three discussed photographs fromthe Photo Library with the paintings The Third Hall of the Antiquities Exhibition (1873),Interior of the Bathory Chapel in the Cracow Cathedral (1881) and Interior of the Cracow Cathedral Treasury (1883). During this period there were more photographic studios in Cracowthan earlier, and some of them specialized in reproducing works of art and monuments. The author of a greater number of the reproductions of the Świerzyński’s paintings, takensince 1867, was Awit Szubert who ran one of such studios. With reference to the remainingphotographs, his authorship appears to be probable, though no conclusive evidence exists.This long-term cooperation of the painter and the photographer constitutes one of a fewexamples of such cooperation in Poland. Nonetheless, insufficient research does not allowus to unequivocally state and locate them against the activities undertaken by other artists.There is every likelihood that the photographs of the Świerzyński’s paintings were taken tohis order. However, the reasons for which he took photographs of them remain unknown.This act of taking photographs could have been linked to his care for documenting his ownoeuvre. Most probably the photographs served as gifts for his family and friends, the exampleof which are the photographs from the Photo Library given to Łepkowski. Nevertheless, wedo not know much about his acquaintance with Świerzyński. The above-mentioned printswere kept in the collection of Łepkowski until 1892, when Konstanty Przezdziecki purchasedit and gave it to the Archaeological Studio of the Jagiellonian University. In subsequent yearsthis Studio was numerously transformed, owing to which the analysed photographs becamea part of the Photo Library of the Jagiellonian University.