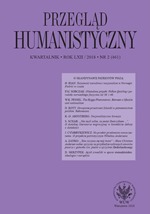 Summary/Abstract: The article discusses the history of the Nasjonal Samling party (founded in 1933) andits leader Vidkun Quisling – a military, politician and prime minister of the collaborativegovernment of occupied Norway in 1942–1945. Currently, Norwegian fascism of the 1930sand 1940s does not serve as a popular exemplification of fascist ideology, although unlikemany other European movements of this type, it managed to gain power in its own country.However, this happened only after Quisling entered into an alliance with Germany and theThird Reich attacked Norway. The history of Quisling and his party seems to prove thebankruptcy of his ideas, which never gained popularity in Norwegian society.