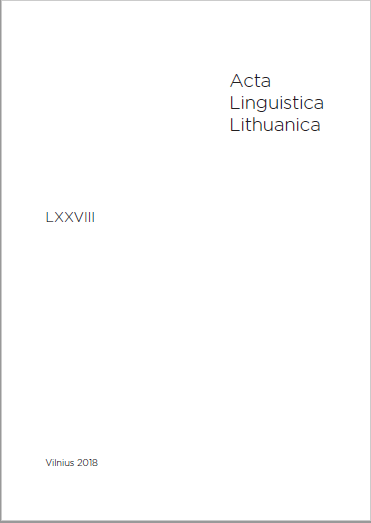 Summary/Abstract: The article deals with Anatoly Nepokupny, a Ukrainian linguist and a famous scholar in the Baltic studies. The last 40 years of his professional career were closely connected with Latvia. His cooperation with Latvian colleagues can be divided into several stages linked to specific activities – an interinstitutional project “Baltic Sea Area and Its Contacts with Neighbouring Peoples’ Languages” (the mid-1960s till the beginning of the 1980s); the project “Riga Address of Lesja Ukrajinka” (the 1990s); the activities relating to his election as a foreign member of the Latvian Academy of Sciences (the beginning of the 21st century). In addition to the above-mentioned activities, Nepokupny also actively participated in various scientific conferences in different cities of Latvia since the 1960s.