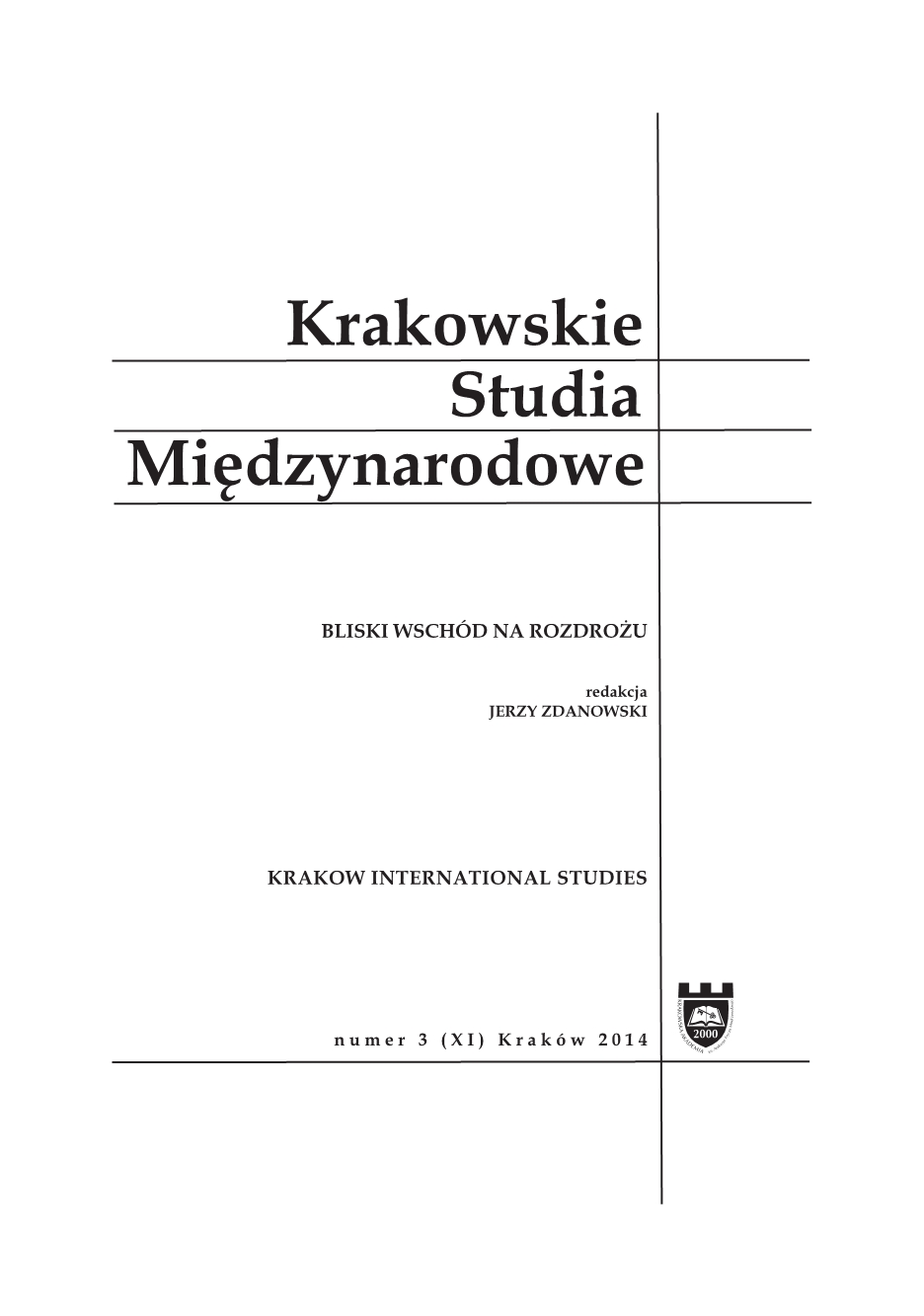 Wpływ zmian i napięć geopolitycznych na Bliskim Wschodzie na dezintegrację Libanu w XXI w.
The Impact of changes and geopolitical tensions in the Middle East on the disintegration of Lebanon in the XXI century

Summary/Abstract: The article is an analysis of the impact of geopolitical changes and crises in the Middle East to the unity and stability of Lebanon in the XXI century. Disintegration of Lebanon is the result of the confrontation of conflicting interests of the Shiites and Sunnis after 2005, which overlap with the lines of divisions and regional tensions. The origin causes of the crisis in Lebanon are: weak consensus concluded in al-Ta’if in 1989 and the internationalization of ethnic conﬂ ict in Lebanon. The factors above and geopolitical conditions linked country with four regional crises, and from their solutions depends the unity and stability of the Lebanese state in the future. These are: civil war in Syria, struggle of domination between Saudi Arabia and Iran, the problem of jihadists of Islamic State, and the Arab-Israeli conflict.