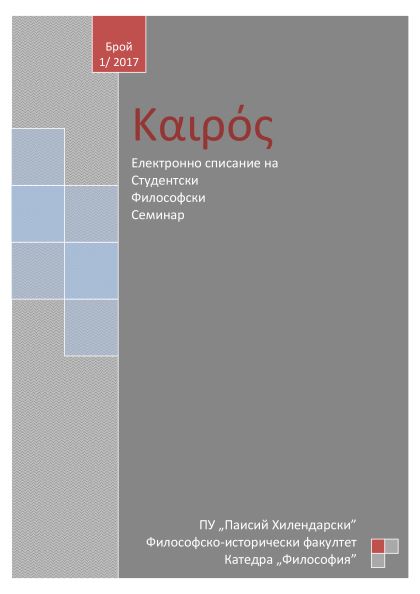 Summary/Abstract: Based on the exciting story of how Russell’s archive went to McMaster University, the article seeks to outline and reassess the perimeter not simply of the texts inherited from Russell but of his thought’s potential in leading to new philosophical depths. The intention is to overcome the entrenched historical-philosophical clichés that reduce Russell’s achievement only to his complicity in ‘the first serious advance in real logic since the time of the Greeks’ (Our Knowledge of the External World, 1914), an advance also expressed in the expectation by which Principles of Mathematics (1903) begin: to discover the fundamental entities – the undefinables of philosophical logic – to which the propositions that we use should be able to be decomposed. Undefinables are cognizable – Russell is convinced of it – through acquaintance, i.e. in an immediately sensory way or by intellectual intuition, but not through epistemic forms of transcendentalist genesis. By unfolding precisely this kind of genesis, this interpretation is trying to see as especially valuable the Russell that was surmounted by analytical tradition. And, instead of the failure of his epochal endeavour (as seen from the perspectives of the ‘late’ Wittgenstein, the philosophy of ordinary language or neopragmatism), it seeks to rediscover the fundaments of logical atomism as an attempt for commeasuring with e.g. Critique of Pure Reason or as inspiring the ‘methodological situation’ called ‘the praxeological turn in logic’ (Petkov, ‘Russell, philosophical logic and relations’, 2010). In short, Russell – maybe without being aware of it – has left transcendental traces in which this text claims to find an orientation. The traces remain not simply because of his idealist past but despite that past and in spite of the attempts to forget it. They are extracted from logical experience, from the philosophical, including logical, data – a term corresponding to Russell’s important discoveries but also to what we could discover through Russell, standing on and going beyond the detailed discussions bequeathed by him. The data are, in practice, what he reaches and analyzes. It is through this material and its interpretation that we can grasp the specific transcendentalism, quite different from Russell’s Kantian heritage, which returns on him as an unrecognized transcendental impulse. Its expression is the frequent use of a dozen linguistic figures like ‘can occur as’, ‘can be made into’, ‘must participate as’, ‘all possible ways in which an entity can enter into a complex’, expressions in which Russell tries to think and speak of things for which there was no place under the logical sun (such as the properties of logical form, or the actually forming form, i.e. form as ‘shown’ rather than ‘said’, to use Wittgenstein’s idiolect). Those linguistic figures also conceal a transcendental ground that leads back to logical forms that are pre-inserted into things (into terms that have their natural asymmetry) and through them, to the propositions of the Tractatus: ‘The possibility of its occurring in states of affairs is the form of an object’ (2.0141). Thus, more than a decade before the formulation, in the Tractatus, of the fundamental distinction between ‘said’ and ‘shown’, it was anticipated in Russell’s thought experiments. In this sense the claim, and possibly the provocation, of this text is to suggest that there is a possible way to seek for transcendental traces, not as remnants of the idealist past from which Russell wants to escape but as traces in the data themselves that he reaches. They reveal a specific transcendentalism based on the assumption that there is no autonomy of the transcendental subject. This is essentially an anti-Copernican revolution towards an als ob transcendentalism whose outlines are set in the following questions: ‘how is the transcendental subject formed’ (of course, this question was worrying Heidegger and is directly related to the turn caused by his reading of Kant, i.e. with the emphasis on the transcendental capacity of imagination); ‘how is a subject constituted that is only apparently constituting’.