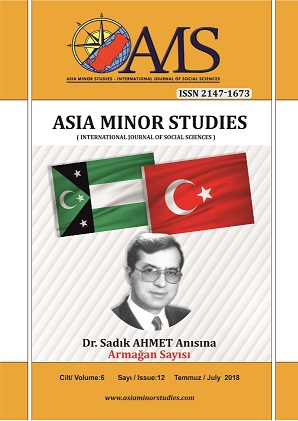 Summary/Abstract: All of the social and religious establishments in the cities of Islamic geography were built by way of foundations. In Siirt, one of the important cities on the east-west road route in Southeast Anatolia, many foundation woks were built, giving service about religious and social issues. Most of these foundation works belong to the Seljuk and Ottoman periods. One of the important sources about determining the foundations in Ottoman cities is the foundations records in the land registry books. Although these records do not explain in detail the functioning of the foundation as foundation certificate-charter, they have current information, according to the year they were written, about the income and expense, employees and the basic function of the foundation. Another feature of these books is that it gives information about all the foundations in the city. In this article, the mosques, madrasahs and masjids in the city of Siirt have been identified in the light of the information in the book, registered at number 998 in the Land Registration Classification of Ottoman Archives Of The Prime Ministry These foundations also have a particular importance in terms of clarifying the political history of the city.