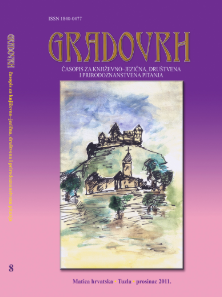 Summary/Abstract: This case study analyzes written assignments by a student A. H., twenty one year-old Jordanian who was one of the nineteen students of Bosnian language course for foreigners. Considering that the written language shows specificities in relation to the use of spoken language, the most successful student has been chosen for detailed analyses of errors he made in graphics, phonetics, morphosyntax and semantics. The results are used as guidelines for future teachers and students of this or similar course. The three topics he wrote about supposed to show in what way Ahmad uses sentences in L2 language with the reference that Ahmad’s language ability is quite enough to express thoughts and feelings even in the “damaged” sentences, which leads us to Kauffman’s (2003) principle “focus of meaning” as a remarkably useful guideline for more complete and more substantial language learning. The study is split in two parts- theoretical (includes specificities of processing while learning second language and pointing the differences between communication ability and traditional teaching of second language) and the second part analyses Ahmad’s work in detail with the results and conclusion.