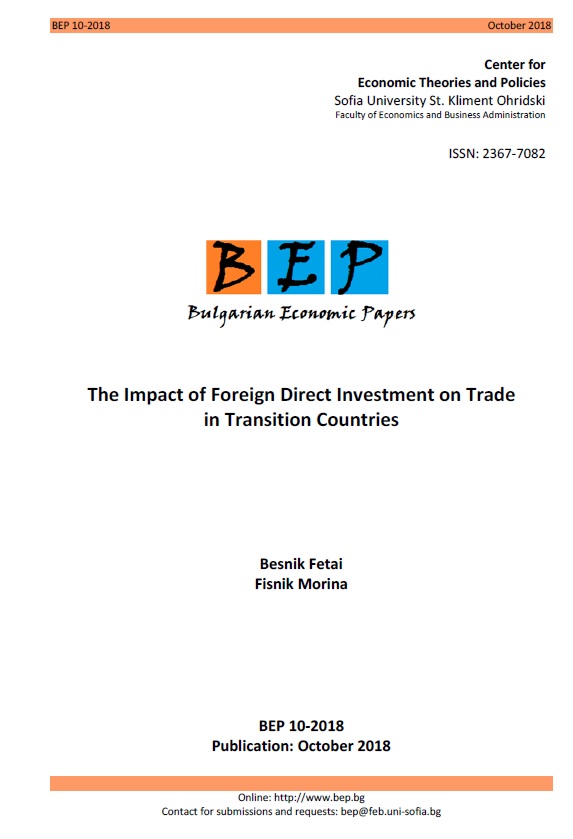 Summary/Abstract: The main objective of this study is to examine whether foreign direct investments (FDI) have enhanced the performance of the volume of trade in 23 transition economies of Central, Eastern and Southeastern Europe during the period 2000 to 2015. For this purpose, we employ different econometrics techniques such as the models of fixed effects, random effect, the Hausman-Taylor IV, and the generalized method of moment (GMM). The findings show that FDI has a positive effect on the volume of trade in the countries in transition. Other factors that show positive effects with the level of trade are investments (gross capital formation in percent of GDP) and trade liberalization index (TLI). The factors that have no significant effect regarding the volume of trade are GDP and the exchange rate (ER). The study suggests that the countries in transition should develop strategies that improve the level of infrastructure, human resources, governance, or business environment. Since the FDI has positive effect on the level of export, the result could be recommended to Government’s policymakers as a course of action to take institutional mprovements, and to provide more incentives for foreign companies and implementing new appropriate reform in order to attract more FDI, which in turn leads to higher growth of export.