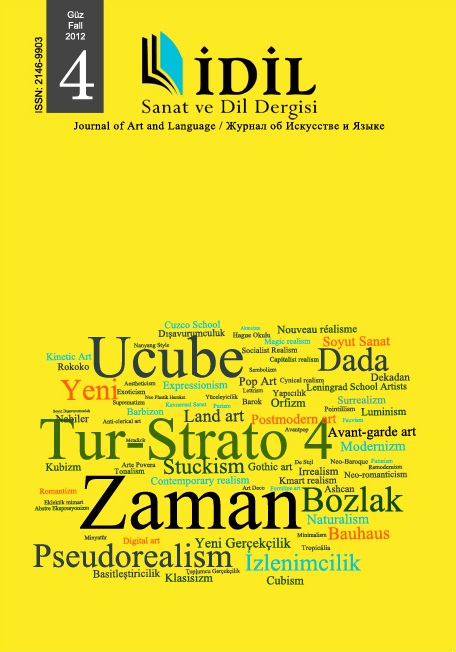 Summary/Abstract: Contemporary world which is permanently open to innovations in all areas, as well as in foreign language acquisition provides us with new tools and different methods. Of course, contribution of technology is a fact which is undeniable in this. In particular, the persons, who learn the target language environment away from their own people, have a difficult time putting into practice the language skills they have acquired during training. Therefore, artistic films have an important place in development of the four language skills acquired during the learning of foreign languages, at the same time, direct, effective and efficient manner, brought to the classroom in both language and cultural elements are interwoven and provide students are provided with fair. Because, artistic films, national feeling-thinking in the target language, national consciousness and also in terms of cultural and aesthetic images within the host has a very important place. Perspective of artistic films, this article contains analysis of linguistic and cultural problems which frequently encountered in the process of foreign language learning, and depending on these, makes some of recommendations.