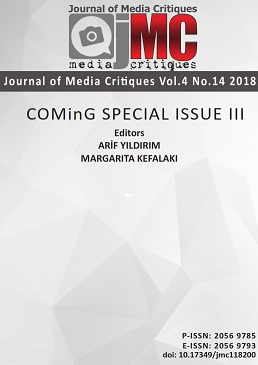 Summary/Abstract: In the era of social media, the concept of viral is a hub. But then, from the field of advertising and marketing, it is the turn of journalism to be affected by it. In recent years, websites such as buzzfeed and boredpanda have grown steadily and have reached a state in which -, according to statistics, they gather millions of users daily. The main characteristic of these websites is the fact that they are largely based on the viral journalism phenomenon, that is, they include small and light stories that have all the features of a viral content. The aim of these stories is to be shared by the users as much as possible on social networks and the web at large. Also, a second important feature of these websites is that they invite their readers to "upload" their own interesting content, thus giving them the opportunity to become journalists in some way and their content to become viral as well, exploding at the same time the user generated content (UGC) phenomenon. The aim of this article is to study the phenomenon of viral journalism in Greece, centered on the Mikropragmata (http://mikropragmata.lifo.gr), a column of the free press Lifo that has become so large that it has acquired its own micro-site and corresponding channels in social media. By studying the content of the website, we will try to understand what kinds of articles are posted and which appear to be more successful to the public. How do readers react? Are there any similar examples in Greece? In order to answer these questions, an online survey will be carried out. Quantitative and qualitative data will be gathered on the website under study and other relevant examples from Greece and abroad, as well.