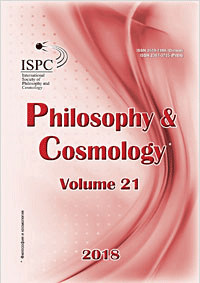 Summary/Abstract: In the article, the authors broadened on the definition and concept of cyber-aggression. The authors have carried out their inquiry on the cyber-aggression in terms of the possibility of broadening of human potential by using the high-tech devices. Such inquiry was built upon the “The theory of war and peace” by Oleg Bazaluk. The authors came to the conclusion that cyber-aggression appears to be a typical form of struggle for existence, which is inherent in man, the state and civilization. Cyber-aggression, considered as a “natural way of human intelligent activity broadening by using the high-tech devices” provides the following: a) the transformation of civilization into a planetary force; b) exploration of cislunar and deep outer space; c) Universe-wide competition. The authors proposed a behavior model, specially developed for the contacts with extraterrestrial civilizations, which stipulates the transparency of intentions and proves: a) that terrestrial civilization’s cyber-aggression is a method of space exploration, rather than a desire for war and violence; b) that the Earthly civilization’s technologies are determined by its cultural history and manifest peace and benevolence.